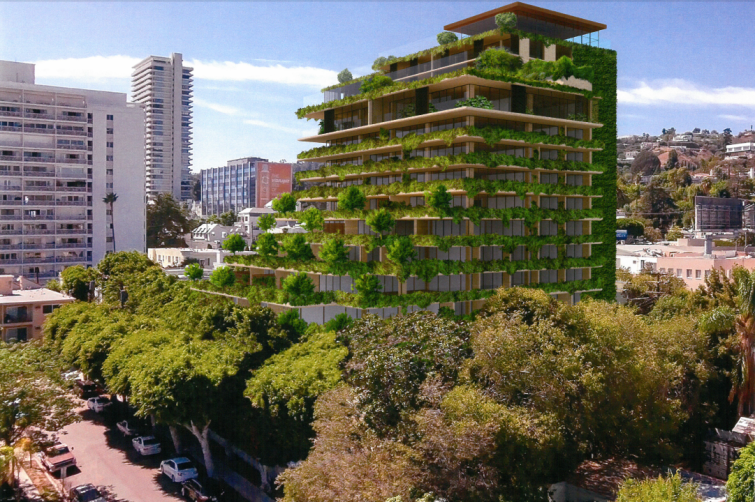 Terra—the Latin word for “ground”—is becoming all the more relevant for one firm. Terra Capital Partners closed its third land deal as the mezzanine lender continues to shift its attention to non-income producing and transitional assets for established sponsors.

“We have not done any land deals at all until this year,” Mr. Batkin said over the phone from California. “We never would have financed a piece of land a couple of years ago. But we’re now at the early stages of a new development cycle outside of the major gateway cities.”

The Witkoff Group plans to demolish existing buildings on the site, located at the southeast corner of Sunset Boulevard and North Doheny Drive, and develop a mixed-use project containing 190 hotel rooms, 20 condominium units, 376 parking spaces and about 55,000 square feet of commercial space.

“We very much liked that Marriott is committed to this site,” Mr. Batkin said. “Another motivator is that the city of West Hollywood is in favor of a redevelopment of the Sunset Strip.

“The city council was behind this and the planning commission was behind this,” he added. “I am invested in and have been challenged by communities where you meet resistance to even the best quality projects, so we’re highly sensitive to that.”

Dan Cooperman, a managing director at Terra, led negotiations on behalf of the mezzanine shop.

“The dearth of available sites and lengthy entitlement process in West Hollywood, coupled with Marriott’s commitment to the project and Witkoff’s expertise in such developments, gives us tremendous comfort in making our loan,” said Mr. Cooperman in a written statement.

The 9040 Sunset Boulevard deal closed within a three-week span, according to Mr. Batkin and Mr. Cooperman.

“There are few groups out there that operate with the speed and professionalism of Terra,” Witkoff Group CEO Steve Witkoff said in a written statement. “This was the first of what I’m sure will be many transactions between our two firms.”

Terra’s first land deal this year was for an infill parcel in Midtown Atlanta in the spring. The second was for the acquisition of a parcel in West Chelsea in the summer. The firm is eyeing another infill location, which would close this winter, Mr. Batkin said.

“When you look at population growth, we’ve added probably around 16 million people since 2007. That’s equal to a small to mid-size country and yet we’ve had little if any development, other than multifamily, in most markets,” he told MO. “We see that as the next phase in the development cycle and then, as we all know, it’ll get overdone and then it’ll be time to look for the exit.”