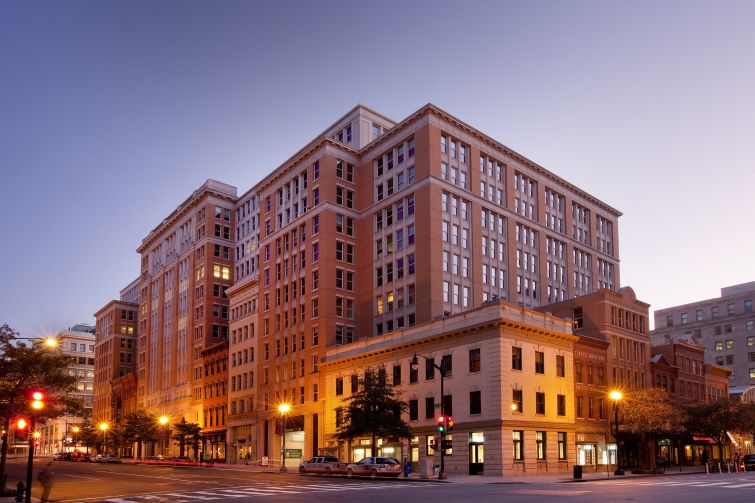 Rockrose purchased the property, Lincoln Square at 555 11th Street NW in D.C.’s East End submarket, last week for $300 million, the company said. Rockrose brokered the acquisition, which works out to a purchase price of $724 per square foot, in-house.

Andrew Singer, chairman and chief executive officer of New York-based Singer & Bassuk, confirmed the closing of the loan, but declined to comment further.

“The East End is one of the greatest cultural destinations in the Washington area, with museums, galleries and theatres within walking distance, and 555 11th Street is at its epicenter,” Rockrose President Justin Elghanayan said in a statement provided by the firm. “The building is also home to the Landmark Theatres’ E Street Cinema, a destination for cineastes in search of the finest indie and art films.”

Lincoln Square was designed by Hartman-Cox Architects and completed in 2001.