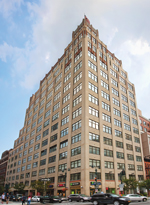 While representatives for both sides of the deal declined to state the purchase price of the renovated Class B building that sits one block west of Penn Station, the owners placed the property on the market this summer with an asking price of about $250 million, Crain’s New York Business reported. Savanna and Feil inked 225,000 square feet of leases and implemented $5 million in building upgrades to deliver the property to TIAA-CREF with 98 percent occupancy, said Robert Knakal of Massey Knakal Realty Services.

“21 Penn Plaza is located in the path of progress of the exciting development occurring in the Far West Side of Manhattan,” said Mr. Knakal in a prepared statement.  “Its location, combined with the quality of tenancy and capital improvements in the property make it an ideal home for companies seeking to define the frontier of what should become a new epicenter of activity in Manhattan.”

Mr. Knakal arranged the transaction on behalf of Savanna and Feil, who previously bought the building in a joint venture for $137.5 million in 2011, according to city property records. The building sits on the southeast corner of Ninth Avenue and West 31st Street, near rising new developments such as Brookfield Property Partners‘ Manhattan West and the Related Companies‘ and Oxford Properties‘ Hudson Yards complex. The Penn Plaza structure boasts retail tenants like Avon, Dunkin’ Donuts and H&R Block and office tenants like Saks & Company, Langan Engineering and Amtrak, officials from Savanna and Feil said.

TIAA-CREF also closed on an agreement today with Norges Bank Investment Management, an arm of the pension fund of the government of Norway, to operate the leased fee position at 2 Herald Square a few blocks away, representatives from TIAA-CREF said. Norges bought a 49.9 percent stake at that property for $182 million after valuing the building at $365 million, according to a release from Norges. Steve Kohn, Helen Hwang, Alex Hernandez, and Chris Moyer of Cushman & Wakefield‘s New York capital markets division represented landlord SL Green Realty Corp. in that deal. 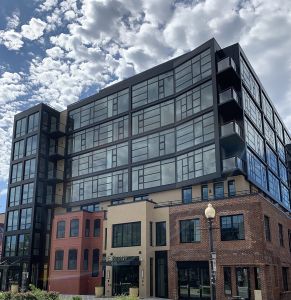 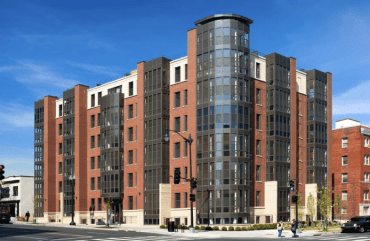