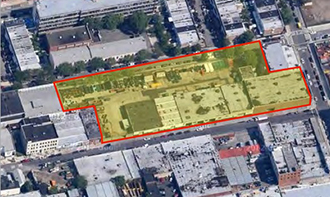 Toby Moskovits‘ Heritage Equity Partners is in hard contract for a 2.3-acre site in East Williamsburg, Commercial Observer has learned. The developer, who is slated to close on the deal soon, plans to build out tech and creative office space at the site, which can accommodate a 170,000-square-foot commercial development, sources with intimate knowledge of the deal said.

Heritage is paying around the $29.5 million asking price for the site at 215 Moore Street, the sources said. The site, which is comprised of five industrial buildings totaling 47,000 square feet, spans from Seigel to Moore Streets between White Street and Bushwick Avenue.

“The genius of Toby is the ability to envision what a property and neighborhood can be in five or 10 years,” said Seth Peyser with Epic Commercial Realty, who represented Ms. Moskovits in the deal.

Update: This story has been edited to include a comment from Seth Peyser of Epic Commercial Realty.