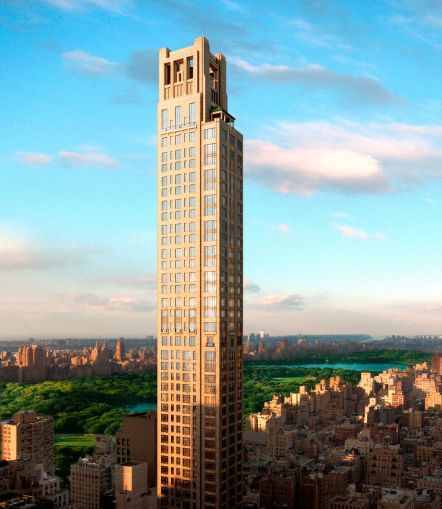 Remember that $130 million penthouse? The record-breaking listing made waves after developer Arthur Zeckendorf revealed the nine-figure asking price for the triplex penthouse at his 520 Park Avenue to Bloomberg News this September.

Now, Mr. Zeckendorf, who with his brother William forms the development team behind much of the city’s fanciest—and most elegant—housing, is one step closer to making some Russian oligarch’s dreams of cash stashery come true. The Zeckendorfs closed on a $450 million construction loan to build the 31-unit Park Avenue condominium tower earlier this month, a source close to the deal told Mortgage Observer. The mortgage has not yet hit city records.

That fund last made headlines for lending a whopping $660 million for Silverstein Properties to build its mixed-use tower 30 Park Place. As Silverstein’s CEO Marty Burger has said, he was in talks with a number of local banks and other financing players, who were each taking sections of a syndicated loan, when Children’s Investment Fund stepped in and took the whole thing, last May.

While no details on this loan were available, it does mean that the Robert A.M. Stern-designed tower, one of the last in a crop of super luxe condos planned before brokers declared that the city’s luxury market is in slowdown, can rise. Aside from the spectacular triplex penthouse, which boasts a 1,200-square-foot terrace, the seven duplex penthouses 520 Park Avenue will hold are also all among the top 25 most expensive apartments on the market in the city at the moment, according to a report from Curbed.

The limestone tower, at the corner of 60th Street and Park Avenue, will also boast 23 full-floor units, according to reports, and should be complete by 2017.

A call to the Zeckendorfs’ representatives was not immediately returned, and no one affiliated with the Children’s Investment Fund was immediately reachable.