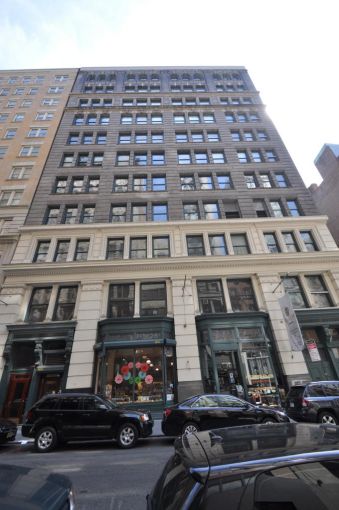 Meal delivery service Plated will expand to a headquarters nearly three times as large as its existing footprint by relocating in December to the Kaufman Organization‘s 22 West 19th Street in the Flatiron District.

The “rapidly expanding firm that outgrew its existing 3,850-square-foot space” at 36 Cooper Square in Greenwich Village will move through a five-year, 11,000-square-foot lease at the property with asking rents in the high $50s per square foot, Kaufman officials said.

“Our move to 22 West 19th Street will take us to the next level and has everyone in the company excited for the future,” Plated co-founder Nick Taranto said in a prepared statement. “Elliot Warren [of Kaufman] was diligent and thorough and found us the perfect space. The landlord is building out the loft to suit our specific needs, which includes a professional test kitchen. We’re looking forward to the big move and to joining the other tech companies we know in the building.”

Mr. Warren represented the tech company in the transaction, while Kaufman president Steve Kaufman, director of leasing Barbara Raskob and associate Yvonne Chang negotiated on behalf of the landlord in-house.

The company, which delivers the ingredients in chef-designed recipes which it pledges that customers can cook in less than 30 minutes, now delivers to 80 percent of the continental United States, according to its website. The company’s New York City staff itself has grown to 65 from only 17 staffers at the beginning of 2014, a company spokeswoman told The Wall Street Journal, which first reported the story.

Kaufman signed digital marketing and media firm Taykey in August for space in the building, where the company recently installed new elevators and renovated the lobby.

Update: This story was updated to include a quote from Plated co-founder Nick Taranto.