Stat of the Week: 53 Percent 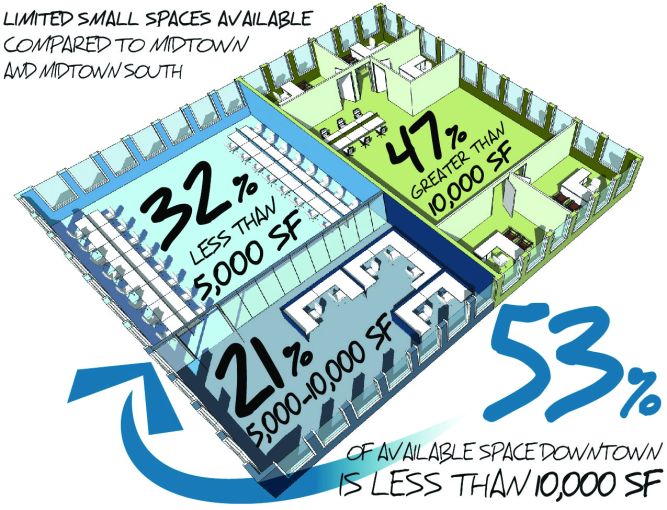 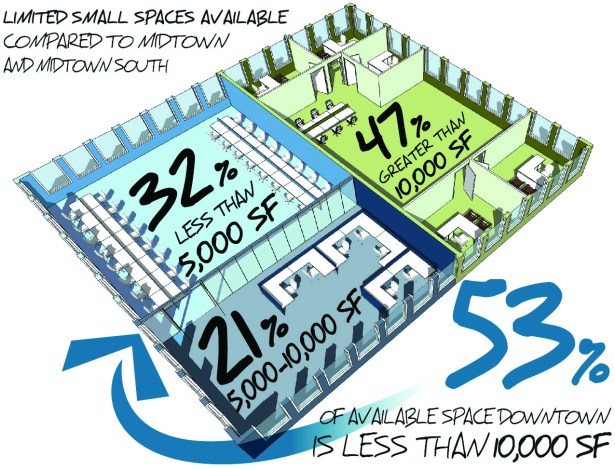 Downtown Manhattan has dominated headlines over the past year, as tenants continue to lease large blocks of space, causing the available supply to shrink. Year-over-year the number of 100,000-square-foot blocks dropped to 12 from 17. The total square footage from these 12 blocks consists of 3.7 million square feet, down from the 4.9 million square feet available one year ago.

Downtown had the largest decrease in supply from the large block availabilities with just under 1.2 million square feet absorbed, whereas Midtown and Midtown South experienced over 900,000 square feet absorbed. With 1 World Trade Center coming to its completion, expect the number of large blocks on the market to increase to 15 during the fourth quarter.

The opening of 1 World Trade Center this quarter, along with low asking rents compared with the rest of Manhattan, will continue to drive Downtown demand in 2015.