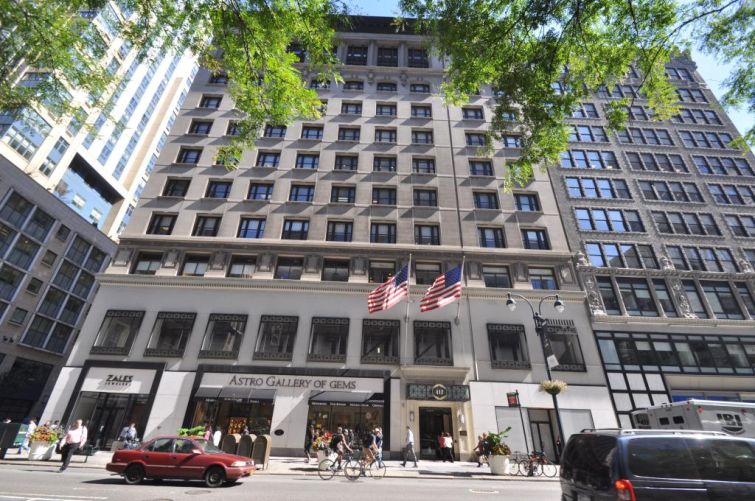 Hospitality giant Starwood Hotels & Resorts Worldwide will open a 46,000-square-foot office and research and development center the company has dubbed ‘Starlab’ through a 13-year-lease at 417 Fifth Avenue between East 37th and East 38th Streets in the Garment District, the company announced last week.

The company will move 200 staffers next month from short-term offices in the city, its headquarters in Stamford, CT and an 8,900-square-foot space downtown into space on the building’s ninth and 10th floors where the company will work on new innovations like keyless room entry for customers patronizing its fleet of 1,200 properties in 100 countries.

“Not only will Starlab’s Garment District location be more central to major transportation hubs and subway lines, easing the daily commute for many of our associates, we also like the innovative essence of the neighborhood, long known for revolutionizing the fashion industry in the late 19th century and today having a bit of a creative renaissance as tech companies, media agencies and e-commerce businesses continue to move in,” said Phil McAveety, executive vice president and chief brand officer at Starwood, in a prepared statement. “As we aim reinvent and disrupt the often staid hospitality experience, Starlab will serve as Starwood’s creative and digital epicenter.”

Starwood officials declined to disclose asking rents for the space or state the name of the landlord, but rents for direct leases in the area around Grand Central Terminal run for $63.13 per square foot, according to the latest quarterly report from Cushman & Wakefield, and Mexican telecom magnate Carlos Slim Helú purchased the building for $140 million in 2010, Commercial Observer reported.