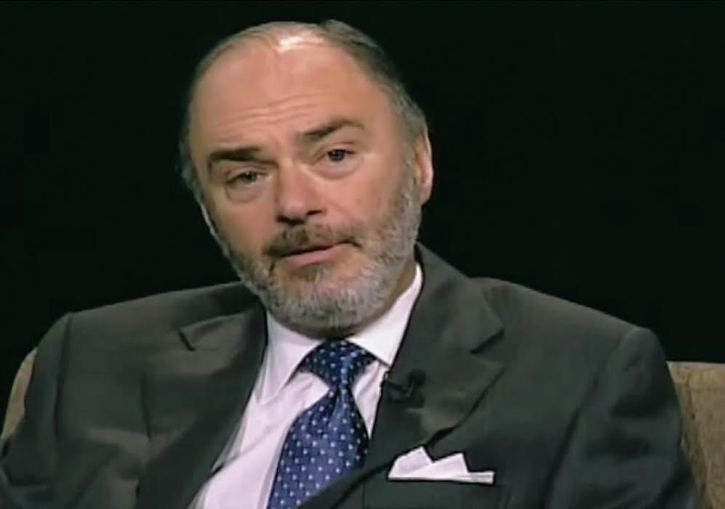 Robert P. Weisz has long been a recognized name in commercial real estate circles north of New York City. With over three million square feet of office, retail and warehouse space, his company RPW Group is one of the largest commercial real estate developers in Westchester and Fairfield Counties. Recently, Mr. Weisz made headlines by deviating from the suburbs and delving into New York City real estate for the first time. Last week, Mortgage Observer reported that Mr. Weisz had closed on his acquisition of a 162,000-square-foot office building at 240 West 35th Street for $80.2 million.

Commercial Observer spoke with Mr. Weisz about his decision to invest heavily in suburban markets, why he has opted to diversify his portfolio by moving into Manhattan and what the future holds for the suburban office park.

Commercial Observer: RPW Group has focused its energy on investing in Westchester and Fairfield Counties. What was the initial draw to these areas?

Mr. Weisz: Originally, RPW Group was buying warehouse buildings in New Jersey. After buying warehouses, we did some residential projects and some retail projects. Later on, we started buying in Westchester County. We were concentrating our energy in the suburbs because we thought the proximity to New York City, the quality of the housing and the demographics were good. It was a great area to expand after being in New Jersey. We started buying different types of properties. Some were office buildings. Some were movie theaters. Now, we’re really concentrating on buying large corporate buildings that were once single-occupancy buildings. We bought a former IBM headquarters in White Plains, a former General Foods headquarters in Rye Brook.

What’s the going rate for office space in Westchester today?

In Westchester, the rent varies. For Class A office buildings, it’s about $30 per square foot. But it really depends on the quality of the building. The heart of the county is along the I-287 corridor, and that’s where the buildings that command the highest rents are located.

We’ve been looking at New York City for a long time. We’ve come close on some sales, but we eventually found a building that we felt was a good entry point. New York City is a very hot market and we are very close [geographically] to New York City. We think we found the right building that gave us the entry into this market.

With so many up-and-coming neighborhoods throughout the five boroughs, what drew you to the West 35th Street location?

The West Side is certainly a market that is growing dramatically. The Hudson Yards project is going to have a very dramatic impact on the entire neighborhood. We found a block that gave us the density and gave us the subway right on our block. With the proximity to Penn Station and Madison Square Garden, we thought this would be a good entry point. It’s smaller than most of the buildings we own, but at the same time it will give us experience in this market.

How do you plan to continue diversifying your real estate portfolio?

We do this asset by asset. We will continue looking at the market and looking for assets that provide the long-term stability that we’re looking for. We are looking to be in New York City and in the surrounding neighborhoods. We’ll do this building by building.

You’ve taken some risks in parts of Westchester, especially in New Rochelle and Mount Vernon. Can you elaborate on why you invested in these properties?

At the time, New Rochelle and Mount Vernon were very sleepy towns. We thought that we could bring some good quality properties to the market. We bought what were abandoned buildings and what are probably the best buildings in the market [today]. They leased back then and they lease now.

Do you think that your projects catalyzed the resurgence of these communities?

I think that certainly in both cases we did several projects that were focal points in these downtowns. These were buildings that were neglected for a long time. These buildings now are viable and have hundreds of people working in them, and they have a positive impact on surrounding buildings. I can’t say that we singlehandedly changed these towns, but I think we helped make substantial improvements.

How has Westchester County changed in the years since your company’s founding?

Westchester has become much more diversified than it has been in previous years. We now own two and a half million square feet in Westchester, but over the years we’ve renovated between 4 and 5 million square feet in the county. Some of the buildings we don’t own anymore. The vast majority of these properties were vacant or mostly vacant. Those buildings are full now. This is a market that has been growing, and it’s one of the oldest markets outside of New York City. It has evolved over the years, but it’s certainly the most stable that it’s ever been. It used to be a heavy concentration of Fortune 500 companies, and now there’s a mix of thousands of smaller companies in addition to some of the Fortune500 companies.

The Washington Post recently published an article on how office space prices in Northern Virginia have reached rock bottom. Has there been a similar phenomenon in Westchester and Fairfield?

I think that it’s a phenomenon that has repeated itself in most of the country after the 2008 crisis when the market collapsed. The cities came back first and right now, all major cities are really thriving with rents higher than they’ve ever been. Immediately after that, you see the suburbs coming back. In Westchester, 2013 and 2014 have been the two best years that [our company] has had in maybe the last 10 years in terms of having tenants moving in and having some of our vacancies being taken by new tenants. What’s been described in Virginia certainly happened here, but we have rebounded sooner than Virginia did. The resurgence [here] started in 2013.

Some experts have said that the suburban office park is dying. What do you think about the future of this model?

I think that predictions that anything in real estate is dying have been made over the past few hundred years. The reality is that markets come and go. We see New York City now with the highest prices per square foot it has ever seen. Thirty years ago, New York City was bankrupt. That’s a really good example of what’s happening.

The suburbs right now are going through a housing expansion that they’ve never seen before. In Westchester, old towns are changing their zoning codes to allow for more dense housing. You have high-rises now in most Westchester towns. The density is going to eventually turn into a very, very high demand for office space. We see companies that are moving out of the city because they can’t afford it. There are different needs and different markets for different people.

You live in Manhattan. How is the reverse commute to Westchester?

The reverse commute for me is great. I don’t mind driving. I can use the buffer between my home and my office. Where I live, I am very close to the FDR, so it’s not a bad commute at all.

Do you miss anything about living in suburbia?

I have a summer home on Long Island, so I get my need for green space filled on weekends. I can also walk to Central Park. I don’t have any needs unfulfilled.

You immigrated to the U.S. in 1977 from Uruguay. Do you still have strong ties to the country?

Yes. Except for my immediate family, which is my wife and children, my family (my mother and brothers) is still living Uruguay. We have extended family down there.

What do you think is next for RPW Group?

What’s next is more of the same. We like what we do. We want to continue looking for exciting new projects. We’re going to do more acquisitions.