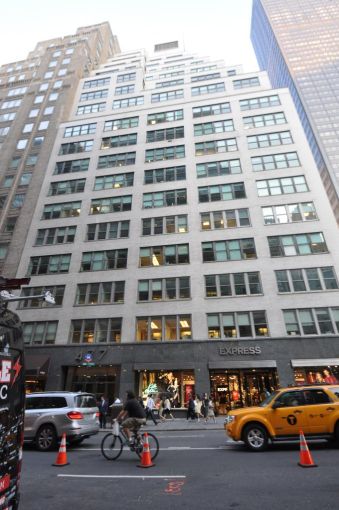 The company, which relocated from 135 East 57th Street to 477 Madison Avenue on Oct. 1, joins three other new tenants at the 24-story building. The four companies are leasing a collective 19,184 square feet of pre-built space, which they assumed in the past six months on floors 3 and 23, Cassidy Turley officials said.

“Recently, we have witnessed an uptick in demand for high-quality, small pre-built office spaces,” said David Hoffman, a vice president at Cassidy Turley, in a prepared statement. “477 Madison Avenue offers great pre-built office space solutions at a location virtually on the border of the Grand Central Terminal and the Plaza District submarkets, allowing tenants to be proximate to their clients and a major commuting hub, not to mention all of the wonderful area amenities.”

Mr. Hoffman and his Cassidy Turley colleague Whitnee Williams represented the landlord in the deal, while Brian Gell and Jared Freede of CBRE negotiated on behalf of the tenant.

Asking rents at the 1954 building on the northeast corner of East 51st Street run in the mid to low $50s per square foot, Cassidy Turley officials said.