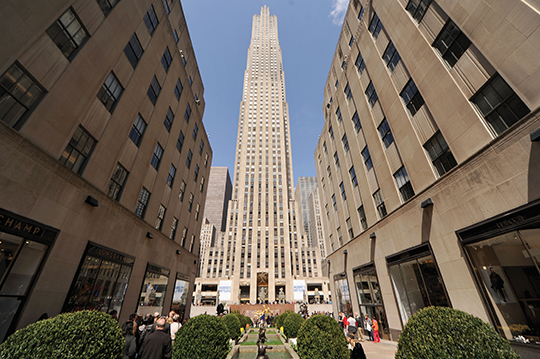 While more firms are focusing their office space searches on Midtown South and Downtown, Midtown saw its 17th consecutive quarter of increased asking rents in the third quarter to $70.29 per square foot from $69.81 per square foot a quarter earlier, according to JLL’s third-quarter report.

With that in mind, Commercial Observer decided to look at a few of Midtown’s most prestigious addresses to see what rents they are seeking from tenants on a per-square-foot-basis.

Rockefeller Center, six blocks between Fifth Avenue and Avenue
of the Americas from 48th to 51st Streets