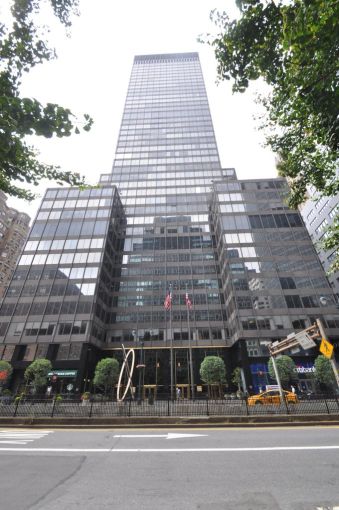 The John Simon Guggenheim Memorial Foundation, a nonprofit that provides research grants to scholars and artists, signed a 16-year, 13,878-square-foot lease in space it has occupied as a subtenant for nearly 50 years in Midtown East, EVO Real Estate Group announced earlier this week.

The nonprofit inked the direct lease with Vornado Realty Trust for the entire 33rd floor of the building at 90 Park Avenue where asking rents run for $85 per square foot, EVO officials said. The organization will relocate temporarily for new renovations and occupy the revamped space between East 39th and East 40th Streets in April 2015, Arnold Gamberg, an executive vice president at EVO, told Crain’s New York Business, which first reported the deal.

“It’s a privilege to represent such a prestigious organization,” Mr. Gamberg said in a prepared statement. “And I’m glad to have played a role in securing a long-term lease so that the foundation can continue its operations in the heart of Midtown for the foreseeable future.”

The landlord is currently working on $30 million in upgrades at the building, including major lobby renovations, as Commercial Observer previously reported. Financial data firm FactSet Research Systems signed for 102,000 square feet at the property this past spring. The Guggenheim Foundation originally subleased the space from the Sterling Drug company, which later morphed into Smith Kline Beecham and merged into today’s GlaxoSmithKline, EVO representatives said.