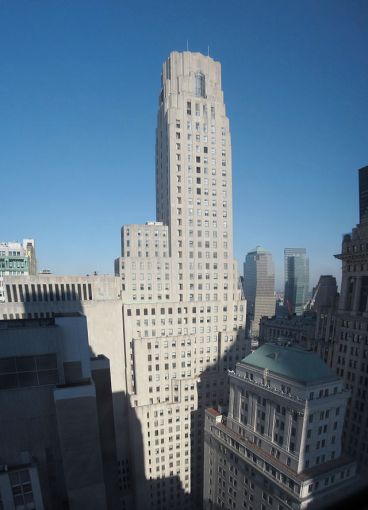 The transactions closed on Sept. 30 and hit records this morning. Qatar National Bank is listed as the agent bank in the deal. No other lenders are named.

BNY Mellon agreed to sell its 50-story office tower headquarters in the Financial District to billionaire developer Harry Macklowe and his partners in late May. The price paid amounts to $502 a square foot, according to Real Capital Analytics.

Mr. Macklowe’s acquisition of the property, which was brokered by CBRE Group on behalf of the seller, increases the likelihood that 1 Wall Street will be converted for residential use, The Wall Street Journal and Bloomberg News reported in May. As of now, no records have been filed with the city’s Department of Buildings indicating future plans for the property.

“We’re pleased to have reached this agreement,” BNY Mellon Chairman and Chief Executive Officer Gerald Hassell said in a prepared statement when news of the sale first broke. “Once finalized, it will advance our plan to consolidate office space in New York City, lead to a more functional and efficient work environment for our employees and deliver a solid financial gain to the company.”

The seller later announced plans in June to relocate to Brookfield Place at 225 Liberty Street in Lower Manhattan, where it will occupy about 350,000 square feet on seven floors. BNY Mellon, the world’s largest custody bank, signed a 20-year lease there, which begins on Jan. 1, 2015.

The bank also said previously that it would lease its headquarters for a short period of time after the sale to help the company make a gradual transition to its new home. The bulk of BNY Mellon’s staff is still working out of 1 Wall Street, a spokesperson for the bank told MO.

The 1.17-million-square-foot Art Deco office tower, originally known as the Irving Trust Company Building, was completed in 1931, according to property records.

Mr. Macklowe declined to comment through a spokesperson. Deutsche Bank would not provide further information about the financing.