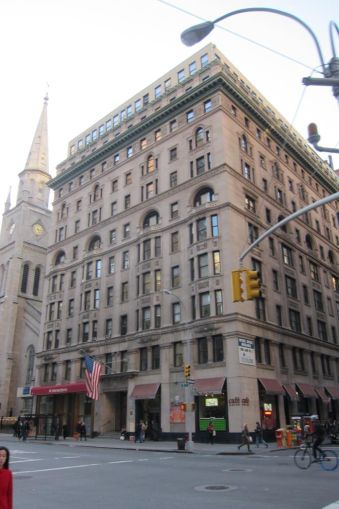 Comedy website Funny or Die has moved uptown in an expansion of its New York City footprint through a four-year, 4,272-square-foot-lease at The Kash Group‘s 276 Fifth Avenue, EVO Real Estate Group announced Tuesday.

The Los Angeles-based site founded in 2007 by actor and comedian Will Ferrell and comedy writer Adam McKay has relocated to the building on the corner of West 30th Street from a 1,550-square-foot space at 584 Broadway in Soho, said the tenant’s broker, Jordan Gosin of Newmark Grubb Knight Frank.

“It’s the corner piece of the building, so it gets two good sides of light,” said Mr. Gosin, whose firm also represents the website in Los Angeles, of the company’s new digs. “It’s a great growing company with a presence in Los Angeles and New York.”

Mr. Gosin’s NGKF colleague Eric Zemachson also represented the tenant, while Elliot Klein of EVO negotiated on behalf of the landlord in the deal for space with a full pantry and 24-hour-a-day access with asking rents of $60 per square foot, EVO officials said.

“The space was already built in a spectacular layout,” Mr. Klein wrote in an email. “The price was extremely attractive.” He added that both “the location of the building, with its associated amenities and transportation” and “the location of the space in the building itself, with its Fifth Avenue frontage” made the office attractive to the tenants.