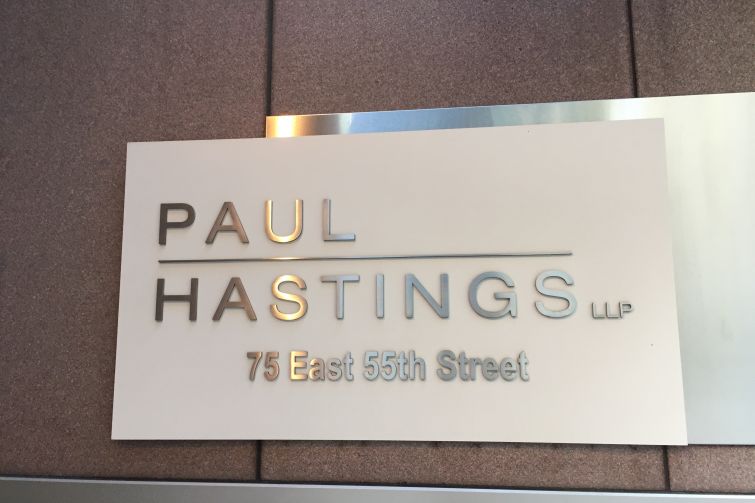 Just days after the announcement that Chinese company Anbang Insurance Group purchased the Waldorf-Astoria Hotel for $1.95 billion, five expert lawyers from the international real estate group at Paul Hastings LLP predicted that investors from Asia would continue their massive investments in markets like New York City at a panel at the firm’s Midtown headquarters this morning.

“The thing you have to realize is that it’s hard to acquire a trophy asset in Asia,” said Mr. Rothstein, who works in the firm’s Beijing office. “But if you go to the United States, and, if you’re willing to pay, you can actually acquire them.”

The Chinese government is pushing for greater diversification in its portfolios, Mr. Rothstein and his colleagues at the firm that also has offices in Hong Kong, Shanghai, Tokyo and Seoul say. While Anbang’s first foray into U.S. real estate represents the largest single-asset hotel transaction ever in the country, other Asian investors already flooded New York City’s real estate market with over $2.5 billion in purchases in the first half of 2014, according to CBRE. Asian investments in the city’s real estate industry dwarf figures for other cities, as the more than $3.2 billion worth of real estate that Asian buyers picked up in 2013 far outpaces the $795 million that Asian buyers spent in Los Angeles, CBRE’s numbers say.

But while transactions like the Chinese government-owned Greenland Holdings Group‘s move to buy a 70-percent stake in the Pacific Park development around Brooklyn’s Barclays Center hearken back to the heyday of Japanese real estate investments in the 1980s, real estate investors from Asia are still operating on a new frontier, said John Cahill, a partner in Paul Hastings’ real estate department.

“They’re still like cowboys in a way,” he said. “And their views are that this is like the Wild West and they’re going to make a lot of money.”