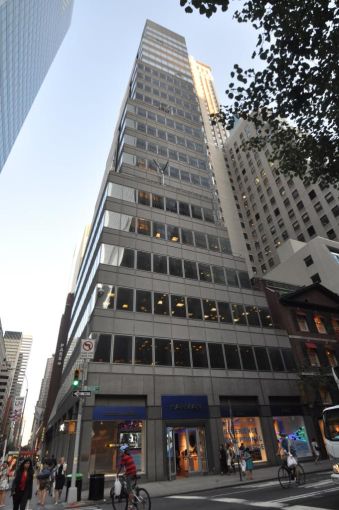 GR Tech took 7,500 square feet, or the full 18th floor, in the building between 53rd and 54th Streets. The company moved in on Sept. 18 after signing a Labor Day deal. The office serves as the headquarters for GR Tech’s trading operation.

“The spacious, full-floor layout is ideal for GR Tech’s operations,” Mr. Frederick said in a prepared statement. “The column-free space allowed the firm to commence operations two weeks after the lease was signed. Also, the tower is located in the center of the Plaza District, a highly desirable area that has become increasingly popular among hedge funds and money managers.”

The asking rent was in the upper $80s per square foot, a spokesman for Cassidy Turley said. He declined to indicate the length of the lease.

Mr. Elkin said his client liked the layout of the space, which includes a trading desk.

Update: This story was edited to include remarks from the tenant’s broker.