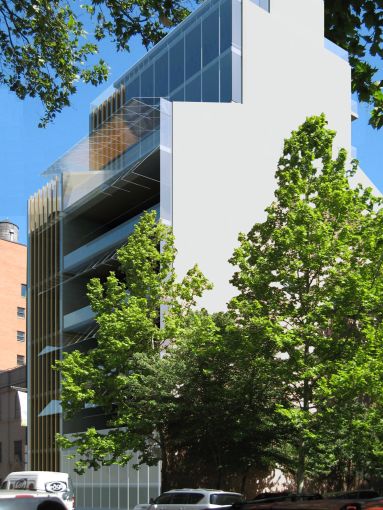 The site at 435 West 19th Street between Ninth and Tenth avenues, one block from the Highline, is currently occupied by a five-story, 21,800-square-foot office building, which will be converted into a nine-story, 27,500-square-foot residential condo property. The completed asset will contain a private swimming pool in each condominium unit, according to Johnny Wan, managing director of Six Sigma.

“We are very excited about this new condominium project,” Mr. Wan said in a written statement. “The character of the Highline neighborhood allows us to create a very unique product that offers residents with luxury resort living in the city.”

The lender was attracted to the project due to the sponsor’s successful track record and the area’s potential for growth, said Brian Sullivan, vice president of Greenwich, Conn.-based Knighthead, which specializes in bridge loans and other alternative debt financing. “Manhattan’s residential market fundamentals continue to show tremendous strength,” he said.

“We had a great run,” Brian Coles, director of operations at City Stage for the past 22 years, told MO. “During that time we had the pleasure of being a part of so many amazing Hollywood productions. We will be missed, as we were one of the few survivors, one of the last facilities in the city that cater to film and sound production.

“With the recent spike in residential conversions in addition to the increased cost of doing business in Manhattan, the only manufacturing gig that could come near those returns would be highly illegal and far from our business model,” he added with a laugh.

Meridian Capital Group Associate Aggelos Sklavenitis brokered the 30-month interest-only loan from Knighthead. The financing combined with the developer’s equity in the project creates a total capitalization of $41.3 million, or about $1,500 per buildable square foot, according to Meridian.

“Chelsea is one of the most active and desirable luxury condominium development markets in Manhattan,” Mr. Sklavenitis said. “Meridian was able to leverage its long-standing relationship with the principals of Knighthead, effectively communicate the uniqueness of the project and emphasize the sponsor’s ability to execute the business plan in order to obtain higher leverage financing for this development.”