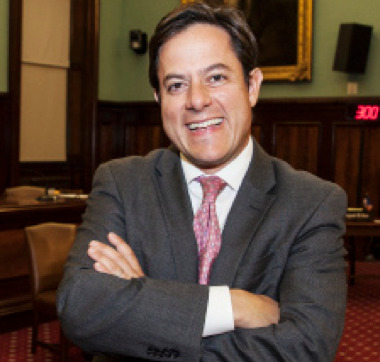 Midtown East, once the gold standard of business districts, has aged. Its towering skyscrapers, having once tested the boundaries of engineering, are struggling to retain top tenants. And its transportation infrastructure is buckling from a population that nearly doubles during the workweek.

In an effort to ensure the area maintains its competitive edge, Mayor Bill de Blasio, like his predecessor, has put forth a planning strategy. A central player in the process to develop a thorough proposal is City Council Member Dan Garodnick, who, along with Manhattan Borough President Gale Brewer, was tapped in May to head the Midtown East Steering Committee.

Since 2006, Mr. Garodnick has represented Midtown East, as well as Murray Hill, the Upper East Side and Stuyvesant Town, a 11,200-unit development that comprises one-sixth of Manhattan’s District 4. Mr. Garodnick is no stranger to controversial real estate dealings; he’s waging a battle to secure Stuyvesant Town and Peter Cooper Village’s future affordability as stakeholders spar over the fate of the mega-complex. Commercial Observer visited the council member at his legislative office at 250 Broadway to speak with him about Midtown East’s fate, the city’s economic development strategy and his own priorities for his final years representing Manhattan’s East Side.

Commercial Observer: What are the key differences between former Mayor Bloomberg’s plan to rezone Midtown East and Mayor de Blasio’s?

Mr. Garodnick: This is what we’re going to be studying. There were a lot of concerns about the plan that was proposed last year, that it was not complete. That it didn’t put the proper emphasis on infrastructure and public realm improvements. That the pricing for air rights was fixed and did not evolve based on time or geography. As a result, we are taking a fresh look at all of those questions and trying to make some recommendations going forward. I think fundamentally, there is a recognition that the zoning regulations in Midtown East are out-of-date and that they have made much of our commercial office space stuck in an era where it does not belong.

Are there major differences between working with Messrs. Bloomberg and de Blasio as a member of the City Council?

Yes. And on these big real estate questions, I have found [Mr. de Blasio] to be very collaborative and engaged.

Did you not feel that way about Mr. Bloomberg?

The Midtown East rezoning proposal was presented to us without the significant deliberation among stakeholders that I think it deserved. And on Stuyvesant Town, [Mr. Bloomberg] had indicated that he believed it was a purely private transaction. Here, Mayor de Blasio has asked me and the Borough President of Manhattan to chair a task force to study the Midtown East rezoning and propose something in the relative near term. He is actively engaged in supporting our efforts to deliver a good outcome in Stuyvesant Town. It’s positive engagement, which helps.

What would you say about the fact that neighborhoods like the Flatiron District, Dumbo and Williamsburg are becoming hot places for new businesses? Google, for example, moved to Chelsea instead of Midtown.

I think it’s great for New York City to have growing pockets of economic activity. At the same time, we want to support Midtown East as a vibrant commercial district that is unmatched anywhere in the city.

What do you think are the most compelling reasons for businesses to locate in Midtown East?

Great transit connections and a concentration of commercial activity that makes it a vibrant place. Those are the biggest reasons. I think that the best attraction Midtown East has is access. When we plan our commercial districts, we should be planning them around our best transit hubs.

What do you think are the key characteristics of a 21st century city?

I think top-quality mass transit is at the top of the list. If you can move your residents around the city quickly, safely and effectively, it opens the door to commercial activity everywhere.

Going off of that, what is the status of East Side Access at Grand Central?

You, along with Manhattan Borough President Gale Brewer, are leading the Midtown East Steering Committee. In July, Ms. Brewer said that the “critical conversation” on the area will start soon. Has that conversation begun?

We have put together the players who will be part of the task force. It’s about 10 people. They represent the various stakeholders in the area from real estate to landmarking to community representatives. We’re having our first formal meeting in the next couple of weeks.

Who is on the steering committee?

Are there any updates on city planning or open space in your district?

We just opened a park on 50th Street between Park and Madison [Avenues], which was done in connection with the East Side Access work. I think it’s a good model for us in finding pockets of opportunity for the public to have some open space in a very dense urban area. My district has the least open space of any district in the city, so finding ways to improve access to parks and other public spaces is critical.

You are the chair of the Committee on Economic Development. What sort of legislation related to economic development do you hope will be passed in the coming year?

How do you think Kyle Kimball is doing as the president of the New York City Economic Development Corporation?

He is a very capable guy who is working to create opportunities in a number of different areas. We have a good working relationship.

This is your final City Council term. What do you want to accomplish now that your tenure is starting to wind down?

In my own area, there are two very significant projects that are pending and unresolved. One of them is the Midtown East rezoning and the other is the anticipated sale of Stuyvesant Town and Peter Cooper Village. We have been fighting the good fight over there for years, but expect to have another bite at the apple in setting that property on a more stable and affordable course into the future.

You’re a resident of Peter Cooper Village. Is there an emotional stake in seeing this through?

I have known many of the people who live in that community for a very long time. And I understand the challenges they are facing because of rent pressures or being on the receiving end of aggressive landlord behavior in the past. I’m determined to get it right for them.

What type of aggressive landlord behavior was there?

The owner rained legal notices on many long-time residents, claiming that they were not using their rent-stabilized apartment as a primary residence, as required by law. It was an aggressive and transparent effort to get people out of their affordable units, to be able to jack up rents to pay for significant debts. Many of these claims proved to be frivolous or false.

Do you know what’s next for you? Do you think you’ll run for office again?

I don’t know. It’s too early for me to be able to answer. Let’s revisit that question in two and a half or three years. Maybe I’ll have a better idea then. 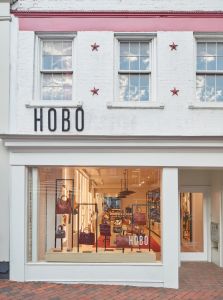 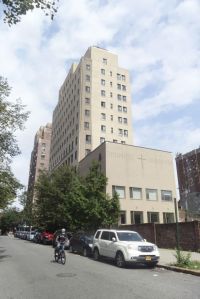