Sun Sets on One of Three Sunshine Flophouse Buildings 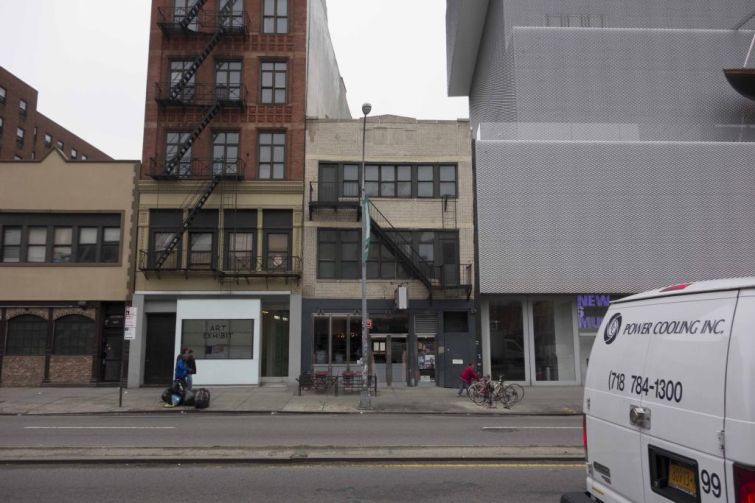 One of the Sunshine Hotel buildings that used to house the destitute on the Lower East Side is now being converted to offices.

Hotel owner Roseann Carone of Harlen Sales hired MG New York Architects to convert the second and third floors at 241 Bowery in the three-story building into commercial lofts. Together the floors comprise 8,938 square feet. Michael Gadaleta, the founder of MG New York Architects, said the Sunshine Hotel residents, which have been reduced to 30 or 40, occupy the complex’s neighboring building, 239 Bowery.

“The Sunshine Hotel has been shrinking over the years,” Mr. Gadaleta said. “They don’t occupy the space that we are going to convert into offices.”

At one time 241 Bowery had 34 beds on the second floor along with a sitting room, office and storage room, public documents and Mr. Gadaleta said. On the third floor, there were 52 beds and a storage room.

“The intent is to have two tenants, one on each floor,” Mr. Gadaleta said. The first floor is home to the Bowery Diner.

Plans at 241 Bowery, whose neighbor is New Museum of Contemporary Art, call for new partitions, new plumbing work and mechanical exhaust for bathrooms to be added, according to the permit application filed with the Department of Buildings. In addition, Ms. Carone needs a new certificate of occupancy. The project’s estimated cost is $180,310, DOB records indicate. The new office space will be a “vanilla box,” Mr. Gadaleta said and tenants will be able to build out their individual spaces themselves.

According to a July 2008 article in the New York Post, Ms. Carone wanted to demolish the three buildings that comprise the hotel, which is between Prince and Stanton Streets, and in its place erect condos. But the Department of Housing Preservation and Development put the kibosh on her plans, saying that hotel employees threatened and harassed tenants to get them out of the building. The hotel was spared demolition until 2011.

Ms. Carone, whose company purchased the lot in 1985, did not immediately respond to requests for comment.