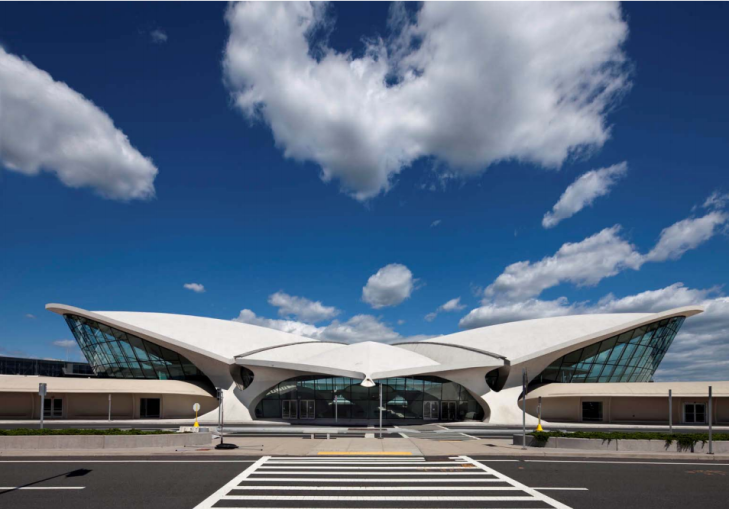 The Port Authority of New York and New Jersey has renewed its push to turn the vacant TWA Flight Center at John F. Kennedy Airport into a hotel, according to a request for proposals posted on the Port Authority’s website last Friday.

Following the breakdown of negotiations with hotelier André Balazs earlier this year, the call for bids will restart the redevelopment process for the building designed by modernist airport master Eero Saarinen and originally opened in 1962.

“The Authority is seeking a creative and innovative hotel development that respects, and enhances, the historic significance of the Flight Center as an international icon of visionary architecture,” the bistate agency’s solicitation document reads. “Considering the Flight Center’s location within the central terminal area of the airport, the Authority seeks a high-quality development that is consistent with its recent investment to rehabilitate and restore portions of the building and with other major redevelopment activities at the airport.”

Agency officials hope design and construction for a new hotel at the building that’s connected to terminal five by two pedestrian “flight tubes” would be complete within two years of any potential lease agreements, the document says. Potential ground leases from the Port Authority could offer terms as long as 75 years, though any agreements that last past 2050 in the airport—which the Port Authority itself is currently leasing from the city through that year—would require an agreement with the city and “probably” a Uniform Land Use Review Procedure application, according to the solicitation.

But the Port Authority completed a comprehensive $20 million renovation of the property in 2008 after the city Landmarks Preservation Commission designated the building in 1994 and both the National and New York State Registers of Historic Places listed the property in 2005. Hotels located in the area surrounding JFK in Queens achieved 87.5 percent occupancy and $160 average daily rates in 2013, both record figures, according to the document.

“Major airports around the country and the world have first class hotels that create jobs, boost the economy and provide passengers with a much-needed amenity — and New York’s major international airport should have one too,” said the organization’s chairman and founder, developer Joe Sitt of Thor Equities, in a prepared statement. “A hotel is a particularly good fit for the TWA Flight Center, which is such an icon of flying’s golden age.”