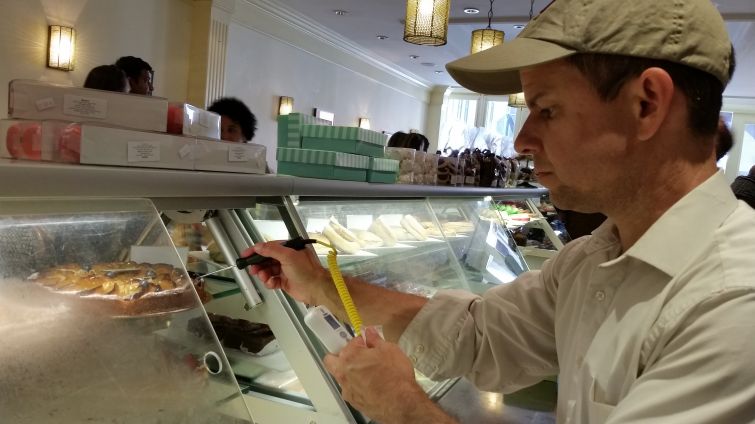 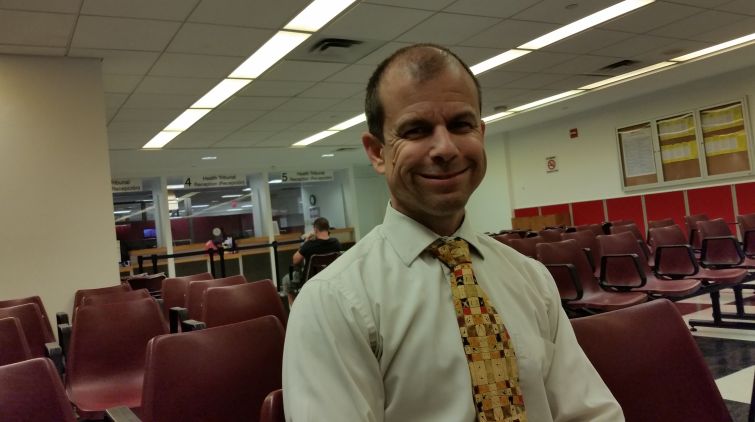 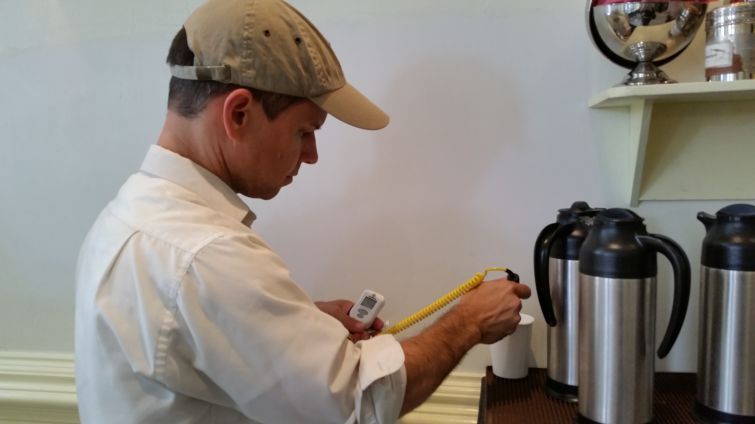 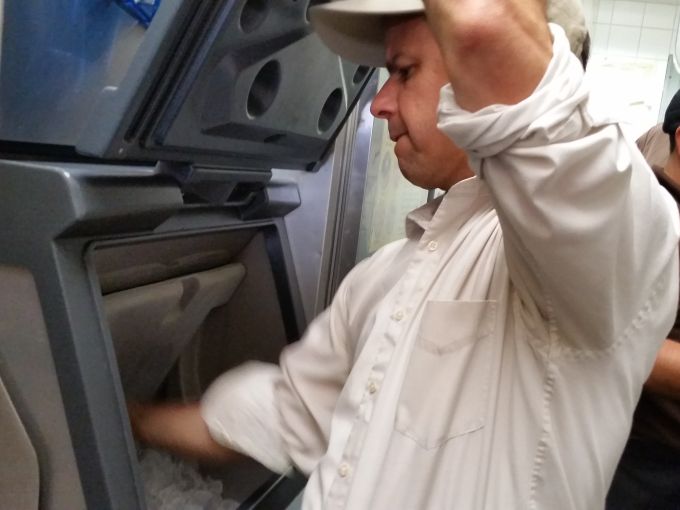 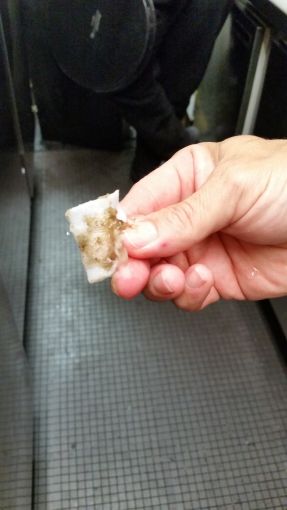 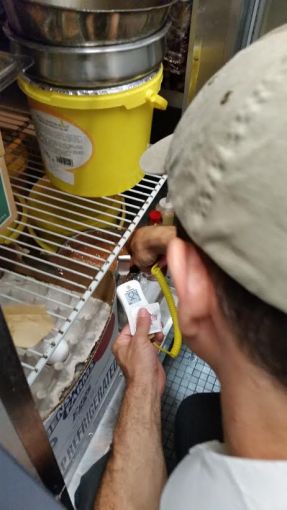 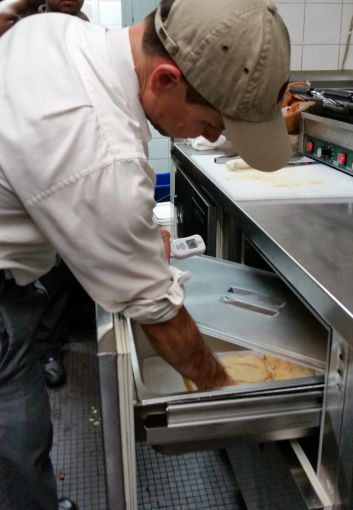 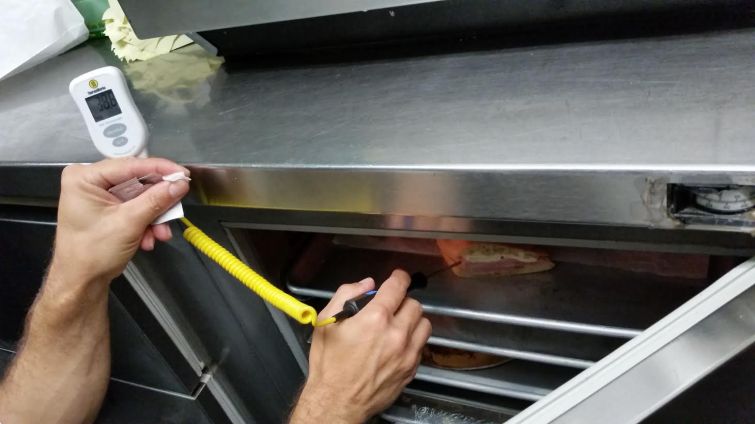 Austin Publicover is waiting with one of his clients for her hearing at the city’s Office of Administrative Trials and Hearings Health Tribunal in Lower Manhattan. His client, a Noho restaurant owner, is antsy. She wants to get back to work and is eager to contest the “C” sanitary inspection rating she received from the New York City Department of Health and Mental Hygiene.

“If [my restaurant] has a ‘C,’ all of the restaurants in the city should shut down,” the proprietor, who requested anonymity for fear of reprisal, said while seated in the waiting area. She was also hit with a recommended fine of $2,235.

After a wait of two hours and 20 minutes, Administrative Law Judge Joan Silverman invites the restaurateur and Mr. Publicover, who is not an attorney but represents the proprietor, into her office. The restaurant owner unexpectedly blurts out: “I don’t feel I can run restaurants under this administration,” and says she is closing her Brooklyn restaurant in 10 months and will soon be selling her Manhattan one. It’s not clear if she’s serious, but what is obvious is that she is frustrated. The wait pays off as she receives an improved “B” rating and a reduced fine of $900.

While the majority of restaurants in the city have been awarded “A” grades, grades below that can influence restaurant-goers’ eating decisions, with some restaurateurs saying even a “B” rating can stigmatize their business, impacting their bottom line, including their real estate decisions.

“The grade affects the bottom line. The bottom line affects the rent and the neighborhood selection,” said Mr. Publicover, the founder and owner of Bulletproof! Restaurant Compliance, which helps proprietors improve their letter grades, among other things. “I think there’s a strong correlation between all of those things.”

A 2012 Zagat New York City restaurants survey revealed that 35 percent of respondents require an “A” in order to eat at a restaurant. That number remained virtually flat at 36.62 percent in the Zagat online poll this March.

Commercial Observer tagged along as Mr. Publicover performed a routine mock health inspection at a Financial District patisserie (see slideshow). In a matter of 15 minutes, Mr. Publicover determined that the eatery would have received a “C” rating, which is the grade awarded for 28 to 49 violation points out of 1,000. An “A” is for 1 to 13 points and a “B” is for 14 to 27 points. A restaurant is closed down if there is a public health hazard that cannot be remedied at the time of inspection, according to a spokesman for the Health Department. Violations at the FiDi eatery included the soup being too cold (7 points), mold in the ice machine (5 points), ineffective hair restraint (6 points for two people), wet towel on counter (5 points), grab-and-go food out of temperature (8 points) and broken vent in the bathroom (2 points). Plus the place would have been hit with a $200 fine for failing to have a “no smoking” sign in the bathroom.

The restaurant letter grading system, which assigns an “A,” “B,” “C” (the equivalent of failing) or “grade pending” to eateries and requires that owners post the grade conspicuously, was adopted in New York City in July 2010. Its purpose was to provide transparency to the level of cleanliness and safety in restaurants, improve eating establishments’ sanitary practices and reduce illnesses associated with dining out.

The majority of New York City restaurants are making the grade.

Some restaurateurs contend the city uses the grading system as a revenue stream.

In fiscal year 2015, the city committed to cutting health code fines by $4.1 million to $30 million, the New York Daily News reported in May. One of the ways is by reducing the fines for many of the violations.

Andrew Rigie, the executive director of business trade association New York City Hospitality Alliance, said that people in the restaurant industry, who generally oppose the letter system, call the grades the “Scarlet Letter.” It’s a reference to the book, Scarlet Letter, by Nathaniel Hawthorne, in which protagonist Hester Prynne has to wear a scarlet “A” as a symbol of her adultery.

But, over 90 percent of New Yorkers approve of letter grading, according to a March press release issued by City Council Speaker Melissa Mark-Viverito and the Health Department.

Mr. Rigie suggests reasons to be skeptical of the letter grades.

“The letter grade isn’t the best way to judge the sanitary conditions of a restaurant,” he said. “It represents the specific sanitary conditions at a specific point in time.” Also, he said, often the grades, other than an “A,” “are just accusations. They have not been sustained by a hearing officer yet.”

A spokesman for the Health Department added: “It’s important to note that the grade does not have to be posted while the restaurant has an opportunity to be heard at the OATH Health Tribunal. During that period the restaurant can post either the grade card or the ‘Grade Pending’ card that the inspector issues.”

Shane Davis, a senior associate at the hospitality-focused real estate group SKH Realty, said the public has wised up to the subjective nature of the grading system.

But ratings can impact landlords.

“When we vet a tenant we look at their history, existing locations and other factors,” said broker Robin Abrams, an executive vice president at The Lansco Corporation. “Certainly if an operator has a grade below an ‘A’ at an existing restaurant location, a landlord will want to know why and that it was rectified. It will be another factor in qualifying a prospective tenant that has other locations.”

A “C” grade can point to building-wide problems.

“Generally speaking, it could easily mean there are issues with the kitchen and/or with the landlord and management of the building,” said Colby Swartz, a director at Suzuki Capital who handles hospitality advisory and brokerage. “Maybe they aren’t exterminating the building properly and even little things in the kitchen like drainage can stem from a building problem. Worse, let’s say a place closes and vacates the premises. Then it is usually the landlord that will have to pay out of pocket to clear the certain violations and/or any issues inside the space in order to get another tenant in the space. Lastly, it can always affect the value of a property, depending on the situation.”

“While the general circumstances involved with having a restaurant on the ground floor of a residential building is certainly considered by many landlords, I don’t foresee letter grades really becoming a commonplace check and balance in commercial leases,” he said.

Ms. Abrams disagreed, however, saying: “I won’t be surprised if that becomes another way to vet tenants, much as their menu/food offerings, aesthetics and creditworthiness already are.”