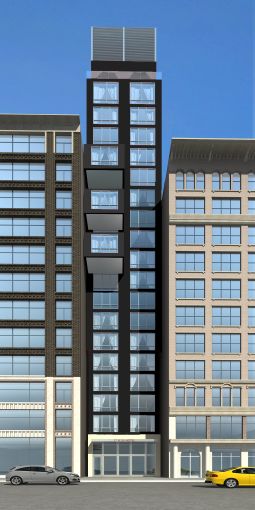 The 18-story hotel will have 68 guest rooms, a restaurant and a 1,000-square-foot rooftop lounge with a bar, said a source with intimate knowledge of the project. One-third of the rooftop will be indoors. There should be a “nice view” of Madison Square Park and the former Metropolitan Life Tower, Mr. Kaufman said.

Eben Ascel Corp., under the name Prime Hotel Management LLC, purchased the property for $8.5 million in October 2013, according to property records.

Construction requires demolition of a vacant five-story building at the site. The hotel should be completed by June 2016, Mr. Kaufman said.