Extell Looks to Raze One of Former Ring Buildings 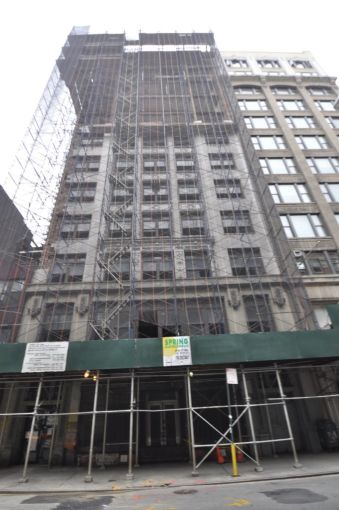 Extell Development is seeking to demolish one of the Ring family buildings it acquired last year, according to Department of Buildings records.

The company, led by Gary Barnett, filed an application for a permit with the DOB yesterday. The building, at 142 West 24th Street between Avenue of the Americas and Seventh Avenue, is a 12-story, 70,000-square-foot structure which was erected in 1920.

The site was issued a full stop work order on Dec. 16, 2013 for poor housekeeping of the site, a noncompliant egress and missing guard rails, according to the DOB. The permit open at the time of the violation was for facade renovation. Later on Dec. 16, the order was partially rescinded. The partial stop work order is still in place.

Mr. Barnett was out of the office, and David Rothstein, an executive vice president at Extell whose name is listed as the owner on the DOB application, didn’t respond to requests for comment.