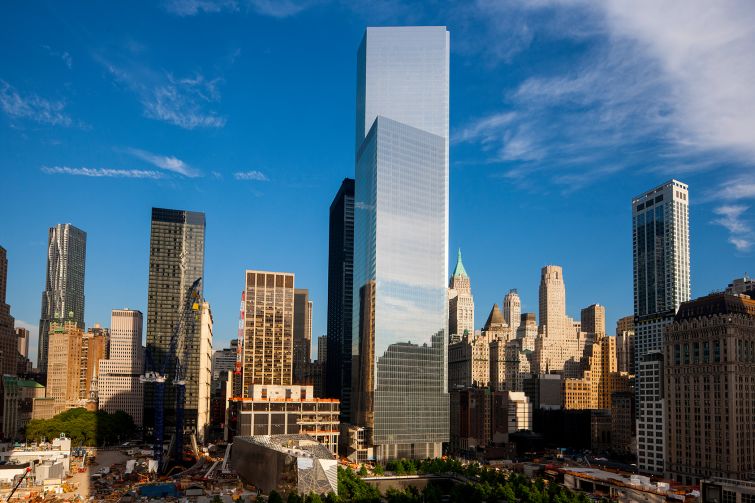 Digital media buying platform MediaMath has sealed a 15-year deal to move from Midtown to 106,000 square feet at 4 World Trade Center. It is the first private-sector tenant for the Financial District building.

The deal was signed this morning in the mid-$70s per square foot and MediaMath scored $5.8 million in incentives through the federally funded Job Creation and Retention Program offered jointly by Empire State Development and Economic Development Corporation. Plus the company will get as-of-right incentives in place at the building for all tenants, according to the 4 WTC website.

“MediaMath has experienced staggering growth over the past few years and this move is both momentous and rewarding—and a true indication of the company’s impact in the industry,” said Joe Zawadzki, the CEO of MediaMath, in a prepared statement. “We look forward to bringing our talent, energy, and culture to Lower Manhattan and continuing to expand our business at 4 WTC amongst the growing downtown technology and media community.”

Seventy percent of the 7.4 million square feet of newly built space at 1, 4 and 7 World Trade Center has now been leased.

“MediaMath’s decision to relocate to 4 WTC proves that New Yorkers were right to bet on Downtown,” said Silverstein Properties Chairman Larry A. Silverstein. “The new World Trade Center is emerging as the commercial heart of the city’s hottest neighborhood.”

“MediaMath is taking the next step and creating a unified headquarters with hundreds of new employees and when businesses are poised for major growth, it’s our job to make sure it happens here,” said Empire State Development President, CEO & Commissioner Kenneth Adams. “There’s no better place to grow than the Empire State and our efforts have led to an increasing number of companies creating new economic opportunities for New Yorkers.”

Update: This story was edited to include a comment from Empire State Development’s Kenneth Adams and the CEO of MediaMath.