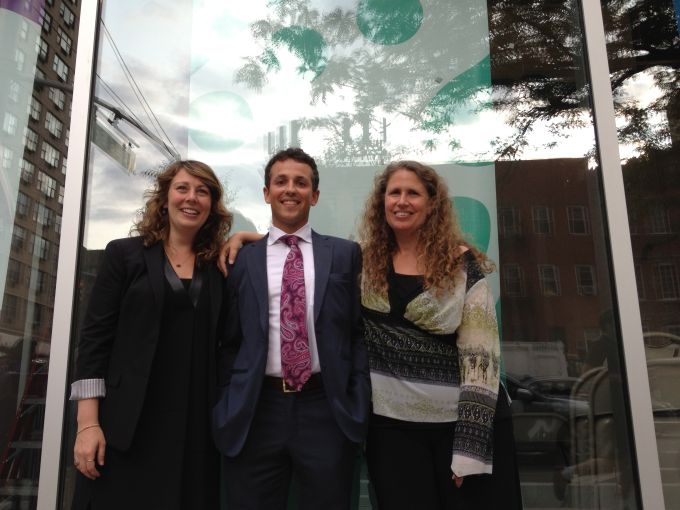 Officials with private early learning center Explore & Discover opened up their 5,000-square-foot Kips Bay flagship at 444 Second Avenue for the first time and described their vision for the care and education center they hope to spread all over the city one day.

The first facility will open with two or three classes of children aged 3 months to two years on Sept. 8, with plans to expand to 88 infant pupils; chief strategy officer Daniel Koffler, whose family has specialized in starting early childhood and special education centers in New York City and elsewhere for 30 years, and Renee Bock, the new early learning company’s educational director, said the center will offer parents a fresh approach.

“Care and education—they’re sort of separate,” said Ms. Bock, a Bank Street College of Education grad who formerly served as the director of the Children’s Learning Center in Morningside Heights. “This is a new model and it’s blending the best of both.”

Mr. Koffler, Ms. Bock and the still-under-construction early learning center’s director, Jacqueline Marks led a handful of visitors through the space with eight classrooms, a library that Ms. Bock said would have a “spectacular” collection, a common area for family sing-alongs and an enclosed playground that will have a massive, hollowed-out tree tunnel.

But both Ms. Bock and Ms. Marks, who first met as early-childhood instructors at the Jewish Community Center in Manhattan, emphasized the centrality of sleeping, eating, feeding and diaper-changing to the educational model they developed with the world-renowned early childhood facilities of Reggio Emilia, Italy in mind.

“Care is the curriculum,” Ms. Marks said. “Those four components will make up the day. Through that, attachment is made.”

Mr. Koffler, whose father Michael Koffler created educational programs at 55 locations in New York, Florida, Georgia and North Carolina, hinted that prospective future locations of the learning centers for elsewhere in Manhattan and throughout the five boroughs would need to offer the same 5,000-square-foot floor plan. But he said the team will be focusing on standing up the first center, where slots are still available, before they begin their expected expansion.