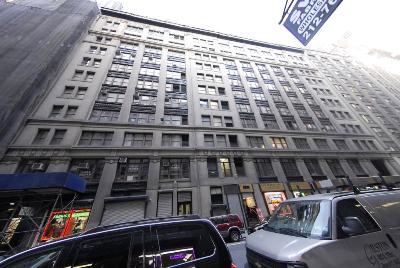 GMC Mercantile Corp. has signed a new seven-year lease for a 9,153-square-foot portion of the sixth floor of 231 West 39th Street, Commercial Observer has learned.

The apparel business has relocated from 148 West 37th Street, according to Jeff Buslik of Adam & Co., who represented both the tenant and the landlord, 231/249 West 39 Street Associates, alongside his father, James Buslik. Asking rent for the space was $40 per square foot.

As reported by Commercial Observer, SAI International recently signed a three-year-10-month renewal at 231 West 39th Street. The textile manufacturer has operated a showroom in the Garment District building for over 20 years.

“The building really looks like a 25- to 35-year-old, post-college, women’s closet… every brand you would see in a department store or out at a bar or club at night,” James Buslik told Commercial Observer at the time of the Hudson Jeans lease.