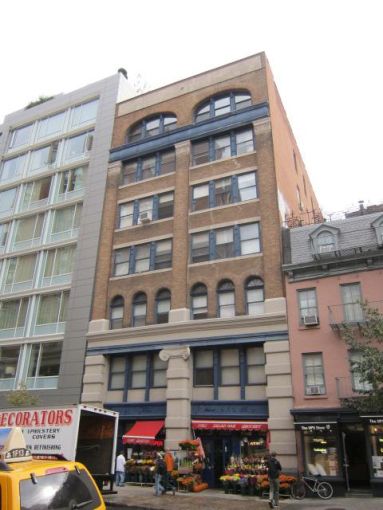 A co-op blocks away from Soho’s ritziest stores is offering cheap rents to attract a new retail tenant in its 3,300-square-foot storefront at 307 West Broadway, Commercial Observer has learned.

Broker Lisa Rosenthal of the Lansco Corporation is representing Jacob Cram Cooperative in its effort to flip the ground floor space currently occupied by the Soho Garden deli in the location one block north of the Canal Street subway station, four blocks west of Broadway retailers like Bloomingdale’s, Prada and Banana Republic and four blocks south of Apple, Louis Vuitton and Barneys New York.

“I feel that any retailer who’s willing to take a chance down here between Broome and Canal [Streets], particularly between Grand and Canal—you’re going to get a lower rent,” said Ms. Rosenthal, stating an asking rent of roughly $97 per square foot. She added, “I think it might be the most affordably-priced store in Soho right now.”

The Soho Garden deli is on a month-to-month arrangement with the co-op, according to Ms. Rosenthal, who notes she’s heard of rents two to four times higher in the immediate vicinity of the store. The asking price for the deli space is nine times less than the $890-per-square-foot average rates on Broadway between Houston and Broome Streets elsewhere in the neighborhood, according to figures in the latest retail report from the Real Estate Board of New York.

And while the residents of the seven units in the building have ruled out restaurant or bar tenants, the site could be an opportunity for any merchant hoping to gain a foothold in the area.

Musician and actor Justin Timberlake reportedly bought a penthouse next door to the co-op at a nine-story, 68-unit condo building called the SoHo Mews for $7.65 million in 2010.