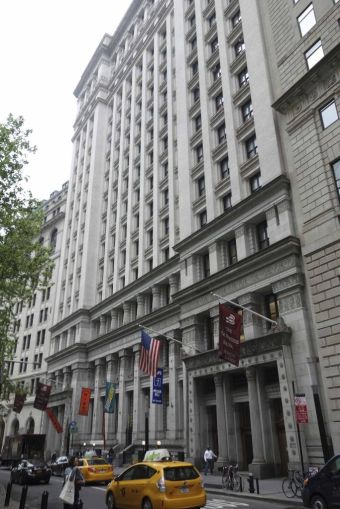 The Orthodox Union of Jewish Congregations has renewed its lease for 10 years and expanded its footprint to 75,000 square feet at 11 Broadway in Lower Manhattan, Crain’s New York Business reported Tuesday.

The nonprofit Jewish advocacy group, youth program and kosher food certifier will keep its 62,500 square feet on the 12th and 14th floors of the 22-floor, 420,000-square-foot property near Battery Park and add the 13th floor.

A team from Cushman & Wakefield that included Alan Wildes, Carri Lyon, Richard Baumstein and Jon Herman, along with Arthur Mirante of Avison Young, represented the tenant in the transaction.

A representative for C&W declined to comment on the deal, and phone and email requests to both the Orthodox Union and Braun Management—whose broker Mendy Braun represented the owner of the building, the Marx family, in the lease signing—were not returned.

The asking rents for the space run from $30 to $40 per square foot, according to the Crain’s story.

The Orthodox Union evaluates over 500,000 products in 83 countries for kosher certification, teaches religious studies on 15 college campuses and boasts over 400 synagogues in its network, according to the nonprofit’s website.