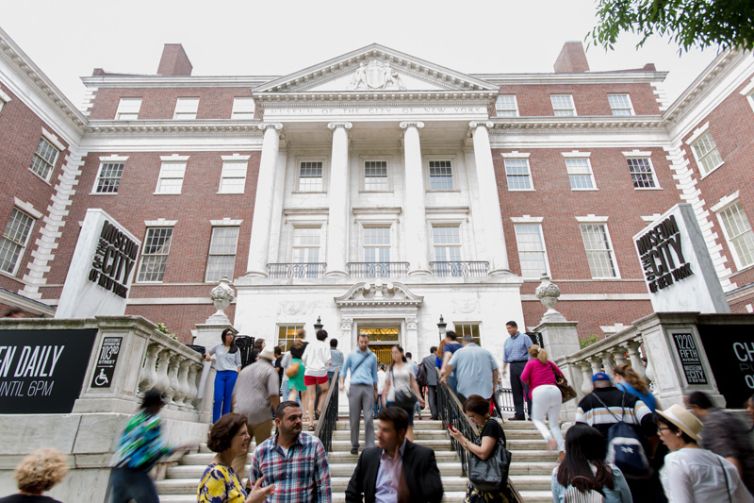 Museum of the City of New York. (Liz Ligon)

The New York Empowerment Zone of the Empire State Development Corporation voted unanimously this morning to steer $1 million over three years toward the Museum of the City of New York to allow the museum celebrating the city’s history and diversity to finish a three-phase expansion and modernization project at its 114,000-square-foot Colonial Revival building on Fifth Avenue between 103rd and 104th Streets.

The third and largest grant from the city, state and federally-funded economic development board focusing on Upper Manhattan and the South Bronx will spruce up one of the museum’s gift shops, move the museum café from the basement to the second floor, provide air conditioning and better acoustics to the auditorium and relocate a 22-minute film on the city’s past and present to the ground floor entrance.

“They do serve to advance tourism in our region,” said Kenneth Knuckles, CEO of the Upper Manhattan Empowerment Zone and the vice chairman of the City Planning Commission, about the changes to the museum before a planned grand reopening in 2016. “And that’s very important as we seek to become a larger part of our tourism economy.”

The funds will also help create seven new jobs at the museum and pay for about 21 percent of the architects fees for Ennead Architects LLC, according to documents circulated at the meeting. Officials at the museum will be able to supplement an existing $9.1 million in separate city funds to complete a renovation that started in 2004, when the museum attracted fewer than 150,000 visitors. In 2013, more than 214,000 people visited the museum for exhibits ranging from dramatic pictures of Hurricane Sandy to one on the story of Brooklyn’s Green-Wood Cemetery.

This support will help us get to the finish line and complete the Museum’s modernization, which will enable us to welcome more New Yorkers and visitors from around the world to East Harlem,” said Susan Henshaw Jones, the museum’s director, in a prepared statement.

Update: The story was edited to include a statement from Susan Henshaw Jones and a photo courtesy of the museum.