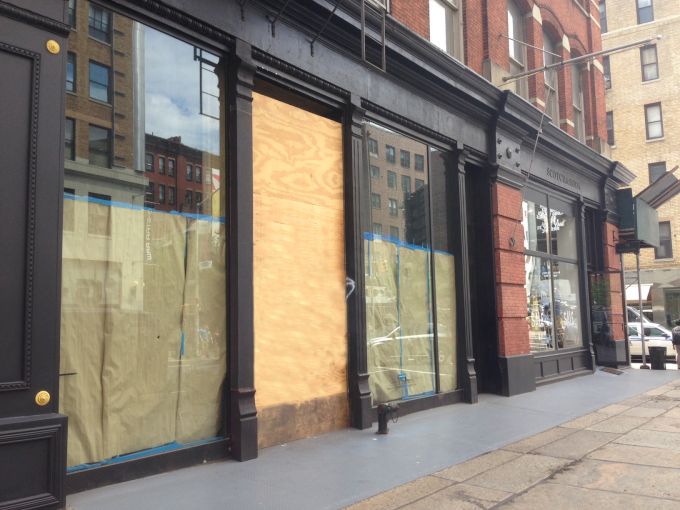 RKF‘s Joshua Strauss and Taryn Talmadge represented Dita in the transaction, which closed earlier this month, while Matt Cohen and Alan Victor of The Lansco Corporation acted on behalf of the landlord, 157 Prince Street Associates, LLC.

“Soho is the most sought-after location for any fashion-forward retailer looking to break into the Manhattan market,” Mr. Strauss said in a prepared statement. “Dita was targeting a high-traffic neighborhood with young, fashion-conscious urbanites for their first Manhattan store and this beautiful and dramatic space at Lafayette and Prince fits the bill perfectly.”

Dita, which reportedly is popular with celebrities like Brad Pitt, Lenny Kravitz, Penelope Cruz and Kate Hudson, will occupy part of the the ground and lower levels of the residential property when the store opens in the fall.

Messrs. Cohen and Victor said the building’s 2,500-square-foot ground-floor space and 3,000-square-foot basement space was previously occupied by Argentinian men’s clothing store Etiqueta Negra, which closed up shop early this year. The duo broke up the space, leasing 900 square feet on the ground floor to Dita and the rest to Brooklyn-based shoe chain DNA Footwear, which opened last month. Dita took 400 square feet of the basement, leaving 2,800 square feet for DNA Footwear. Dita’s asking rent was $25,000 per month. The brokers said both tenants’ leases were long-term, but declined to provide specifics. Scotch & Soda is also on the ground floor.

It’s a great location, Messrs. Cohen and Victor said, because of the foot traffic.

Dita has stores in West Hollywood, Newport Beach and Tokyo.