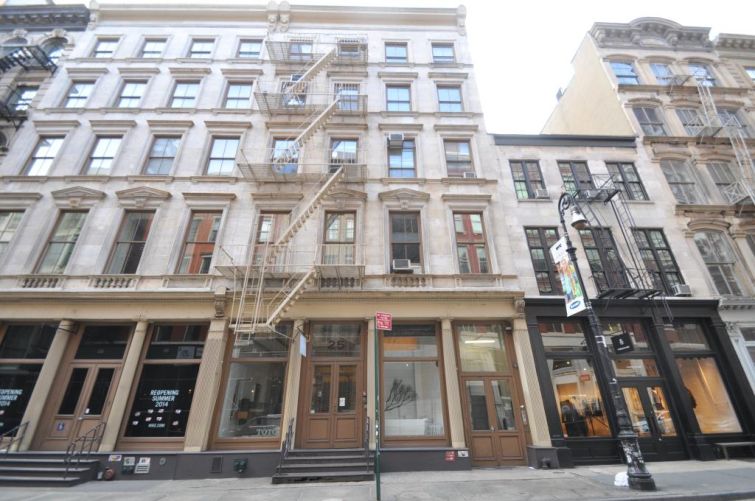 East End Capital, which bought three Mercer Street properties with more than 25,000 square feet of mixed-use retail and residences for $18 million about two years ago, has completed the sale of them to Thor Equities and investor Yaron Jacobi, who heads Premier Equities, for a total of $33 million.

“We raised the retail rents on rents that rolled, doubling them to $150 per foot, and then we raised the residential rents by 25 percent on market rents to $55 a foot,” said David Peretz, managing principal at East End Capital.

East End sold the 3,201-square-foot ground-floor retail condominium, home to Nike, at 21 Mercer Street last August for $10.2 million. And on May 23, East End sold the five-story mixed-use loft building at 25 Mercer Street and the three-story 27 Mercer Street for $22.8 million, property records made public yesterday indicate. East End bought the properties, which are one block west of Broadway, along with GreenOak from Aion Partners in March 2012.

Thor did not respond to requests for comment through a spokesman.

David Schechtman and Abie Kassin of Eastern Consolidated negotiated the two-part deal, Mr. Peretz said. Mr.Schechtman did not respond to requests for comment.