You Can Go Home Again: Glenn Rufrano is Back at O’Connor Capital Partners 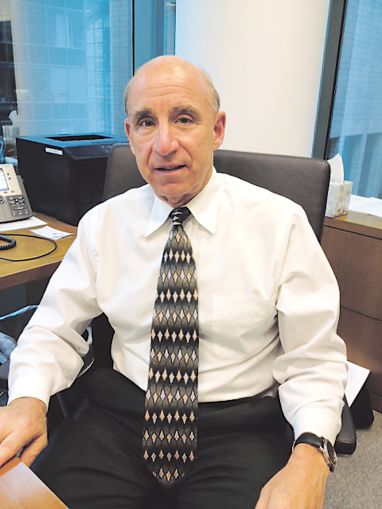 Last November, Glenn Rufrano returned to O’Connor Capital Partners, a real estate investment, development and management firm where he worked for 17 years beginning in 1983. He returned to O’Connor—as chairman and chief executive officer—nearly six months after Cushman & Wakefield announced he would depart as that firm’s CEO, a post he’d held for over three years.

The New York-based O’Connor boasts approximately $3.5 billion in assets under management and its retail platform manages close to 14 million square feet of properties, with 3 million square feet in Mexico. The firm also oversees approximately 8,000 multifamily units. Mr. Rufrano joined Commercial Observer on the last day of the International Council of Shopping Centers’ RECon in Las Vegas and talked about his departure from C&W, O’Connor’s business in Mexico and his bird troubles.

I live on the South Shore of Long Island. I have a pier and a boat down there. There are birds all over. They’re some kind of migratory bird that comes in in July and when they come there are, like, 100 of them that will sit there at a time. You can’t walk up and down so I’m trying to figure out a way…I don’t want to hurt the birds, but I want to keep them off the pier. There’s a guy here that sells this stuff that can keep birds away. It’s some kind of wiring. It doesn’t hurt the birds.

What type of boat do you own?

A 32-foot Contender. It’s an open fishing boat. My son is Gary Rufrano and he works for Clarion [Partners]. He lives in Manhattan. We fish together. He’s 34. We’ve been fishing since he’s this big [gesturing the size of a small child].

Why did you leave Cushman so abruptly?

First, I’d say that Cushman’s a great company. I really enjoyed working there. I had never worked in the financial services business before. I had always been on the principal side. I learned a lot. What happened was I think I was brought in at a time when the business wasn’t in the best shape because we came out of ’08 and ’09 just like everybody else. Timing was really on my side because the transactional business became better in 2010 when I started. So I started to take the business, grow it, organize it and when I left I felt very comfortable that Cushman & Wakefield was well organized and financially sound. It was a good time to move on.

Why so abruptly though?

What do you miss about working at Cushman?

One thing about Cushman & Wakefield: there’s always a lot of activity. The enthusiasm really makes for an exciting environment and I like that. At O’Connor, where I am now, we’re a principal. We only have 40 people [compared to C&W’s 60,000]. We have properties in the United States and Mexico instead of having 243 offices in 60 countries. It was a different business.

What’s the most interesting thing you’re working on now?

Well, recently we bought a property at 200 East 62nd Street. It’s an apartment building called the Wellington. It will be converted from a rental to a condominium. Right now we’ve filed [plans] with the [attorney general’s office]. On the retail side, about six weeks ago we closed a transaction in downtown Palm Beach.

How is the market?

The real estate market is very active. By active, I mean properties for sale and buyers who have availability in financing. So I would predict 2014 will be [the best on record] since 2007.

What have you accomplished at ICSC?

We have about 10 people here. We’ve been meeting with partners we own retail property with—for instance, Westfield, which is a major owner. They’re a partner of ours in Florida. We’ve been talking with tenants who are in our shopping centers. We have a meeting with many of the owners of shopping centers. Many of the Real Estate Investment Trusts [that] are public are selling assets and so we’re meeting with them to see if there are some assets they’re selling that our investors would have an interest in.

You recently completed construction of the Maximilian in Long Island City. What made you interested in LIC?

Well before I got here the company found the site. If you remember looking across from Manhattan to Long Island City you’d see the Pepsi-Cola sign. It’s a site right there. The company found a very good site and had been working on it for a number of years. It’s a 186-unit rental apartment building. It’s now fully rented.

Would you look for more properties in LIC?

If we could find another site as good as that at a price that makes economic sense, absolutely. We have knowledge of how to build in Long Island City and how to rent, just as we have knowledge on how to convert and sell condos because of Manhattan House. There are not that many people that know how to buy a building in New York and convert it. It’s a specialty. You’re used to it because you’re in New York.

There were lots of issues at Manhattan House.

Yeah. Way back. What happened was there was a partnership between O’Connor and Richard Kalikow. There’s all kinds of press on that. I don’t even know. I wasn’t here. I just know that partnership broke up and O’Connor took over the project.

What is O’Connor’s interest in Mexico?

When I was first there in the 1990s we started to invest in Mexico. And the reason was you could go right over the border at the time. Many of our industrial users would go right over the border and rent an industrial plant from a Mexican owner. The rent was in U.S. dollars. I’ll give you a for instance: IBM or General Motors could lease a plant in Mexico, pay it in dollars without credit. It’s cheaper because of lower labor costs and then if they’re in the United States they could also lease a plant. If you bought that plant in the United States, with an 8 percent cap rate, if you went right over the border to Mexico, it’s 12 percent. We saw this arbitrage because it was Mexico versus the U.S. and we didn’t think it was appropriate. So we started buying industrial buildings in the ’90s. We bought about $600 million and sold them all to Prologis, which is the largest public industrial company in the world right now.

After I left O’Connor, the company realized in the 2000s that there were many U.S. retail tenants going to Mexico, and we had a good understanding of what they wanted. We thought it would be valuable to have a partnership with a Mexican developer given our knowledge of U.S. retailers. We knew we could populate those shopping centers with both U.S. and Mexican tenants. So in the 2000s, O’Connor, with three different developers in Mexico, developed programs and right now with partners owns seven shopping centers mostly around Mexico City.

What’s it like returning to a company where you previously worked?

I enjoy it because the learning curve isn’t so high. When you go to Cushman & Wakefield, it takes you a year to really understand the business and meet all those people and get out to all of those offices. And there’s nothing wrong with that except you don’t have control for a period of time until you understand the business. At O’Connor I was a director since 2010 so I understood what was going on anyway. When I was at Cushman in 2010, and Jerry O’Connor sadly passed away, they asked me to come back as a director. There are about 40 people at O’Connor, some of whom I had hired back in the 1990s that are still there. So it was going back to a business I was pretty acquainted with, with people with whom I had kept a relationship. So it was a comfortable way to come back to a business and help grow it.

Do you favor Cushman over other brokerages?

In any market that Cushman is at least equal to others, we will certainly give them a real shot at it. There are people out there who may be better in certain markets. We are going to work with the best one.