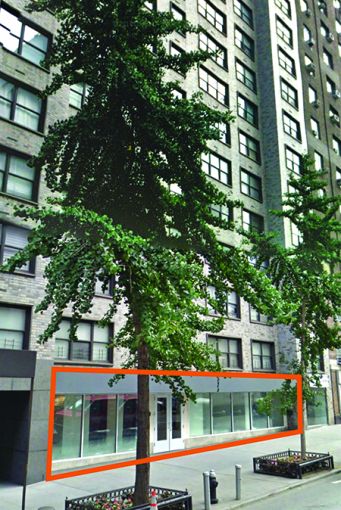 “There have been a lot of big-name national brands opening up here,” said James Famularo of Eastern Consolidated, who is marketing the space. “This corridor was great and it’s getting a lot better.”

Among the possible uses for the space are a furniture store or a high-end steakhouse, Mr. Famularo suggested. A steakhouse use would likely necessitate the installation of traditional venting, he said.

“But a furniture store is very easy to put there. That’s a no-brainer,” he noted.

Mr. Famularo noted the numerous residential developments along 57th Street as another selling point of the space. “There’s not many 7,500-square-foot spaces on a main strip like this, especially with all the development in the area,” he said

The space boasts 60 feet of glass frontage on 57th Street and nine-foot high ceilings. The asking rent is $130 per square foot.