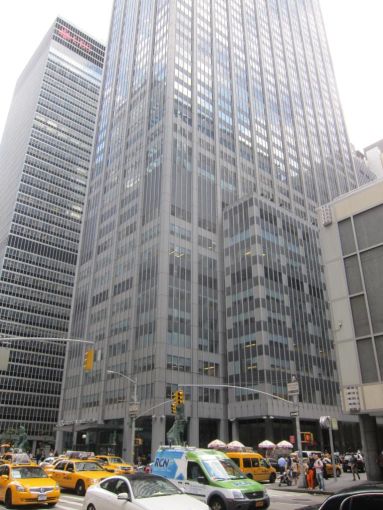 In September, Smith Gambrell & Russell is relocating to 1301 Avenue of the Americas from 250 Park Avenue. The law firm will be taking space that was vacated by global bankrupt law firm Dewey & LaBoeuf.

Smith Gambrell & Russell signed a 10-year lease for 29,499 square feet on the entire 21st floor in the Skidmore, Owings & Merrill-designed building at 53rd Street. Asking rents were in the $80s per square foot.

“Smith, Gambrell & Russell was looking for an address with a more powerful presence, but also wanted highly-efficient space that was already built,” said Michael Cohen of Colliers International in a prepared statement. “The full floor at 1301 Avenue of the Americas hit on all counts.” He along with Brian Given and Sheena Gohil represented the tenant in the lease.

The 45-story Class A office tower is just shy of 1.8 million square feet, according to the Paramount website. The floor plates range from 29,000 to 68,00 square feet.

The only vacancy in the building is a partial ground-floor retail space measuring 7,378 square feet, the website indicates.

Another law firm Chadbourne & Parke took about 200,000 square feet of Dewey & LaBoeuf’s 500,000 square feet, according to Crain’s, which first reported the deal. Dewey & LaBoeuf filed for bankruptcy in 2012. Four company leaders were charged by the Manhattan district attorney’s office in March “with orchestrating a nearly four-year scheme to manipulate the firm’s books to keep it afloat during the financial crisis,” the New York Times reported.