Fear and Lending in Las Vegas: A Look Back at ICSC RECon 2014 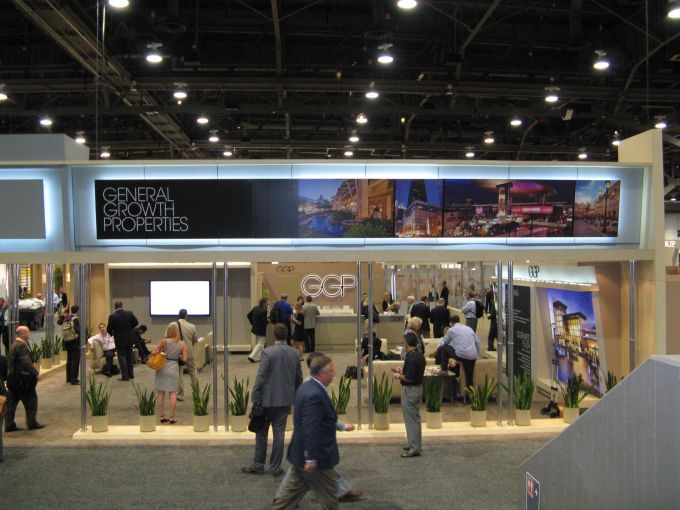 In New York City, spring is (finally) in the air, and many in the real estate finance community headed to Las Vegas for the surest sign of the season (for our community, at least): the International Council of Shopping Centers’ RECon.

The annual mega conference was held May 18 through 21 at the Las Vegas Convention Center, and heavies from the world of real estate finance were in attendance, although some execs opted not to make the show at the last minute. One concern echoed throughout the event: the schedule change that made RECon start one day earlier. As Chase Welles of SCG Retail told our sister publication Commercial Observer, “Sunday of ICSC is the new Wednesday,” meaning the day many busy people skip.

A source with knowledge of ICSC’s internal discussions hinted to Mortgage Observer that the change might not be permanent and the group could revert to the old Monday-through-Wednesday schedule next year.

But business-wise, the feeling among financial professionals was almost ambivalent.

On the one hand, retail is hot.

“Retail is almost the new darling,” taking over as the asset class du jour from multifamily for lenders, as competition for the latter has become too intense, said William Hughes, a senior vice president at Marcus & Millichap Capital Corporation. “[Investors] are looking for yield.”

JLL’s Mark Brandenburg, an executive vice president at the firm’s Dallas office, agreed. “I think people are over allocated in multifamily” and so are looking to retail, he said. But he doesn’t see retail developments through rose-colored glasses either.

In fact, exiting retail assets can sometimes be like “breaking into jail—you get in there and then it’s hard to get out,” Mr. Brandenburg said.

With all the debt and equity in the market looking for deals, you see longer interest-only periods on offer, Mr. Brandenburg said, as lenders court borrowers.

The competition means that now some markets long thought of as secondary are priced like primary markets, said Spencer Levy, the executive managing director of capital markets for CBRE, in a meeting with Mortgage Observer. Seattle and Denver are two examples of secondary markets that are now only nominally so.

Mr. Levy went as far as to say that a bubble seems to be forming, though a different type of bubble than in the last cycle.

“People say, ‘Oh, no, here we go again,’” said Mr. Levy. “But there are factors pushing against [a bubble]. The last bubble was debt driven. Now this is equity driven.”

Another factor pushing capital into the market may be 1031 exchanges, a topic that also generated chatter among the professionals gathered at the conference.

Following a tax change that went into effect in January of 2013, the use of 1031 exchanges has risen, as previously reported.

Mr. Levy said he worries that 1031 exchanges, a protection that allows an owner to exchange a property for another like-kind property without paying capital gains tax, could be eliminated when tax reforms are enacted. Loopholes like carried interest and the exception for 1031 exchanges have been on the chopping block for awhile, and House Committee on Ways & Means Chairman Dave Camp has recently spoken about eliminating 1031s, Mr. Levy said.

“If that goes away, we are going to have a big problem,” Mr. Levy said, predicting that transaction volume would plummet. “It would be a disincentive to sell assets.”