Bronx Marriott to Open in September 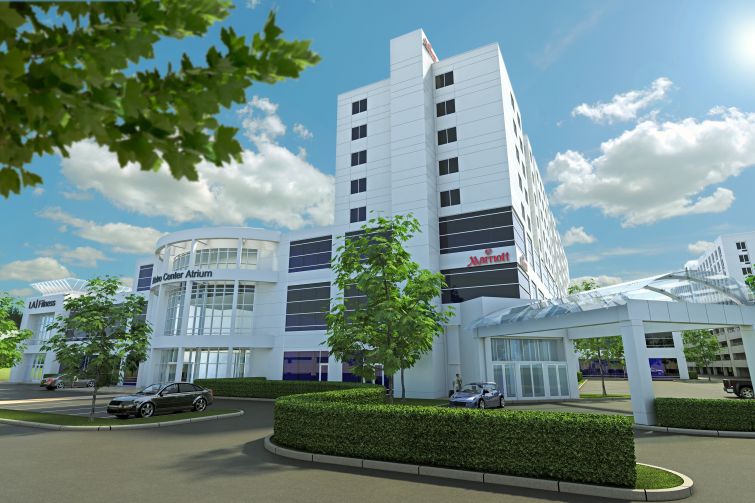 Come September, an 125-room Marriott Residence Inn will be open in the East Bronx, Commercial Observer has learned.

The hotel, at 1776 Eastchester Road, will have a lounge with a bar on the ground floor that leads to an outdoor patio with a fireplace, a second-floor 2,000-square-foot conference facility and hotel rooms on floors four through nine of the 370,000-square-foot Atrium building, said Joseph Kelleher, president of Simone Metro Properties, a division of Simone Development. Rooms will range in size from 487 square feet to 786.

Simone Development is constructing the seven-story extended-stay hotel, which will not be full-service, as part of the 42-acre Hutchinson Metro Center, a mixed-use campus off the Hutchinson River Parkway.

“There are a lot of motels in the Bronx,” Mr. Kelleher said. “There are no hotels that I’m aware of and especially at this caliber.”

LA Fitness will be opening a two-story, nearly 50,000-square-foot athletic facility in the Atrium by June 1, and Mr. Kelleher said he is negotiating with a fast-casual chain like Applebee’s to lease space in the building.

“Not only will this hotel be a great amenity for our complex but there’s also an incredible demand for this type of hotel in the Bronx,” Mr. Kelleher said.