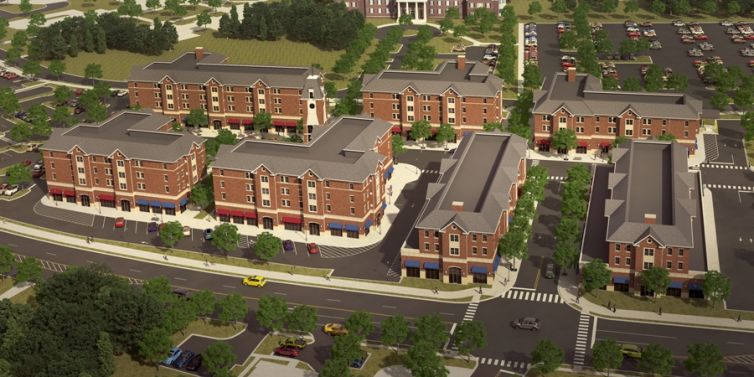 HFF secured the three-year loan for the 130-unit development, which should be complete by fall of 2015. The trio of lenders was led by M&T Bank, an M&T spokesperson confirmed, and funds from The Provident Bank and Columbia Bank were bundled into the deal, according to Greg Lentine, director of university campus development for PRC.

M&T declined to provide the rate of the loan.

The development, on 12 acres along Pennington Road in Ewing Township, New Jersey, will also boast between 75,000 and 80,000 square feet of retail, according to Mr. Lentine. So far, bookseller Barnes & Noble, a frozen yogurt shop and a Mexican restaurant have signed on.

The deal was two years in the making, said Michael Saraco, an M&T vice president who worked on the deal. The deal was complex since it required sign-off from the college, the New Jersey Department of Transportation, the state’s Economic Development Authority and the federal Environmental Protection Agency, he said.

“The project is a public/private partnership made possible by the New Jersey Economic Stimulus Act of 2009,” and all of the retail will be open to the public, Mr. Saraco said. “There were a lot of T’s to cross and I’s to dot.”