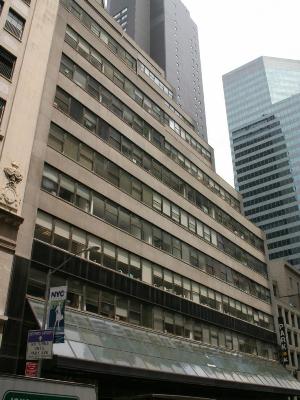 HAP Investments has signed a nine-and-a-half year lease for the entire 11,200-square-foot 15th floor of Cohen Brothers Realty Corporation’s 3 East 54th Street, Commercial Observer has learned. Asking rent for the space was in the low-$50s per square foot.

The tenant, a real estate investment and development company, expects to relocate its New York headquarters from 347 Fifth Avenue during the third quarter. HAP also operates an office in Tel Aviv, Israel.

“We’re delighted that this expanding development firm has chosen 3 East 54th Street, one of the most prestigious office locations in midtown, for its new Manhattan offices,” said Charles Cohen, president and chief executive of Cohen Brothers Realty, in a prepared statement.

HAP Investments is involved in a number of development projects in Harlem and Upper Manhattan. As reported by Commercial Observer, the company agreed to acquire a development site located at 247-249 East 117th Street in East Harlem for $3.2 million in January.

The 20-story, 200,000-square-foot building at 3 East 54th Street boasts availability on a few floors at the base and tower portions of the building, according to press release.

David Glassman of Cushman & Wakefield represented the tenant in the leasing transaction. Marc Horowitz, a senior vice president and the director of office leasing for Cohen Brothers Realty, represented the landlord in-house.