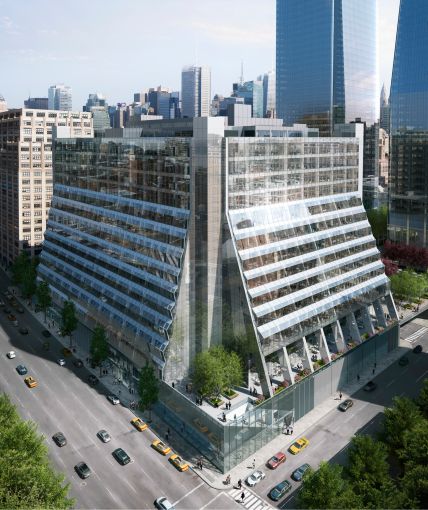 Internet giant Google is in the market for up to 600,000 square feet of office space in Manhattan—enough to hold more than 3,000 employees, The Wall Street Journal reported.

Google could potentially expand to 450 West 33rd Street or St. John’s Terminal at 550 Washington Street, according to sources cited by the Journal. Brookfield’s 450 West 33rd Street boasts floor plates of 100,000 square feet and is being renovated to the tune of $200 million.

Currently, the company occupies approximately 750,000 square feet between Chelsea Market and 111 Eighth Avenue. Google has tried to expand within 111 Eighth Avenue, a building it acquired for nearly $2 billion in 2010, but has been unsuccessful in elbowing out the building’s other tenants. As reported by Commercial Observer, Google expanded its presence at Chelsea Market by 90,000 square feet last March before expanding again by another 75,000 square feet this year. The company was reportedly in discussions for a 360,00-square-foot deal at Related Companies‘ 85 10th Avenue late last year.

Google’s New York footprint is second only to the company’s Mountain View, Calif. headquarters, where it owned or leased 7.3 million square feet as of the end of 2012, according to the Journal.