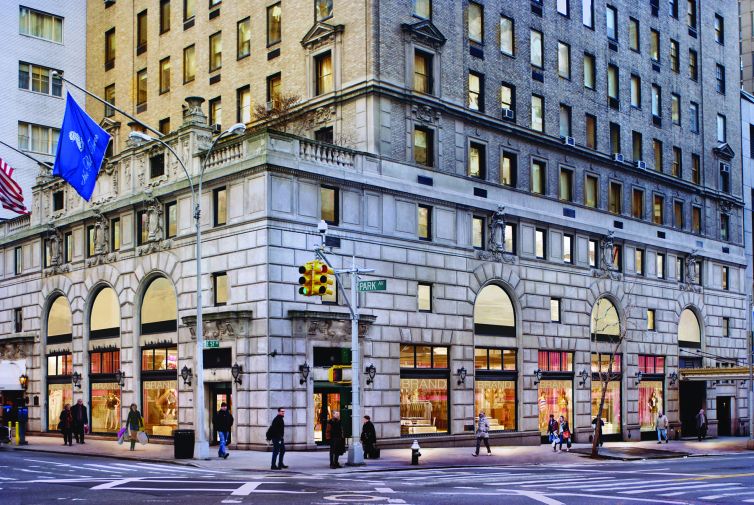 The retail condominium vacated by Borders bookstore at 461-465 Park Avenue is almost ready for occupancy by retail and medical office tenants, Commercial Observer has learned.

Cohen Brothers Realty is putting the finishing touches on what was a 42,600-square-foot Borders at the base of the Ritz Tower on 57th Street in Midtown, according to Marc Horowitz, director of office leasing at Cohen Brothers.

“We have interest from both retailers and medical office tenants currently,” Mr. Horowitz said.

Mr. Mendelson said the building “lends itself to more high-end use” than a big-box store.

Besides, big-box retailers usually want more space—20,000 to 40,000 square feet—than what 461-465 offers, he noted. The 52,000-square-foot vacant space where Daffy’s was (plus ground floor and mezzanine level), at 123-135 East 57th Street, is better suited to a big-box retailer, said Mr. Mendelson, who just started marketing that space for Cohen Brothers.

Borders, which declared Chapter 11 bankruptcy in early 2011, signed a lease for the four-story space at the Ritz Tower in 1997 and Cohen Brothers purchased the retail space for $22 million in 2009, The Real Deal previously reported.

The lower and ground levels will be retail, ideally one tenant, and the second and third floors will become medical space, Mr. Horowitz said. Paul Wexler of the Wexler Healthcare Properties Team at the Corcoran Group has been recruited to market the medical offices. Mr. Wexler wasn’t available for comment.

A separate entrance on 57th Street and Class A lobby is being put into the 1910 landmarked building at 461-465 Park Avenue for the medical space.

“So many doctors want to be on Park,” Mr. Horowitz said.

Cohen Brothers claimed in $25 million January lawsuit that the Surgery Center of Manhattan breached its contract to take 13,312 square feet on the lower level. Mr. Markowitz said he could not address the pending litigation, but Mr. Mendelson noted that a surgery center couldn’t operate in the building anyway because of a sprinkler compliance issue.