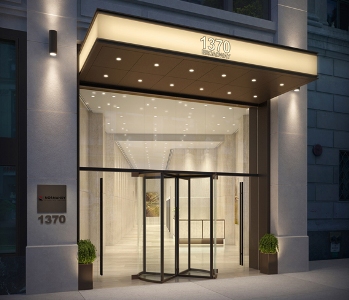 The Florida Retirement System Pension Plan is in contract to acquire 1370 Broadway from Normandy Real Estate Partners for $186 million in cash, a source familiar with the deal confirmed with Commercial Observer. The sale went to contract in February and is expected to close within weeks.

The seller acquired the Midtown property in 2012 for $123 million and promptly hired architects MKDA to spearhead renovations, including a new glass entry, new revolving doors and new elevator cabs.

As reported by Commercial Observer, new leases in the building have commanded rents in the mid-to-high-$40s per square foot. Last year, Pragma Securities signed a 12,500-square-foot lease on the 12th floor of the building. Earlier, Intradeco Apparel signed a lease for the entire 16,787-square-foot seventh floor.

The building was marketed for sale by Darcy Stacom and Bill Shanahan of CBRE, according to The New York Post, which first reported the deal. The brokers could not immediately be reached for comment.

The total market value of real estate investments made by the FRS Pension Plan was $10.1 billion as of June 30 2013. Overall, the plan manages over $132 billion in global equity, fixed income, real estate, private equity, strategic and cash investments.