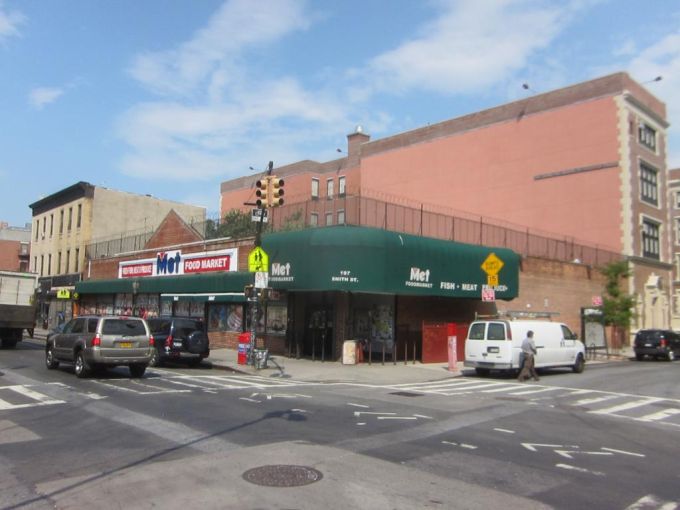 Met Foods, which has had a history of failed health inspections, has been quietly put on the market, sources told Commercial Observer, and its sale could transform an area with a dearth of big blocks of available space.

“That would be a huge record,” one source said. “It would blow the market away.”

Neighborhood residential development sites sell for $250 a foot while strictly commercial sites, depending on the location, sell in the $400 per square foot range.

The site can command such a high price because of “the location and the size,” that source said. “If there’s a retailer looking for 3,000 or 4,000 feet, there’s nowhere to go.”

Last October, Brooklyn Magazine included three Met Foods markets (all independently owned), including the one on Smith Street, in a list of five of Brooklyn’s filthiest supermarkets. The list was based on a dirty supermarket guide from The New York World. Violations at the Smith Street market were as follows: “approximately 20 to 30 fresh appearing rat droppings were noted to be present under the retail vinegar display shelves” and “sewage was observed to be backed up and dried around a drain vent adjacent to the fruit and vegetable preparation area,” the magazine noted.

The proprietor of Met Foods on Smith Street, who said he owns the building, wouldn’t confirm his name and declined to comment.