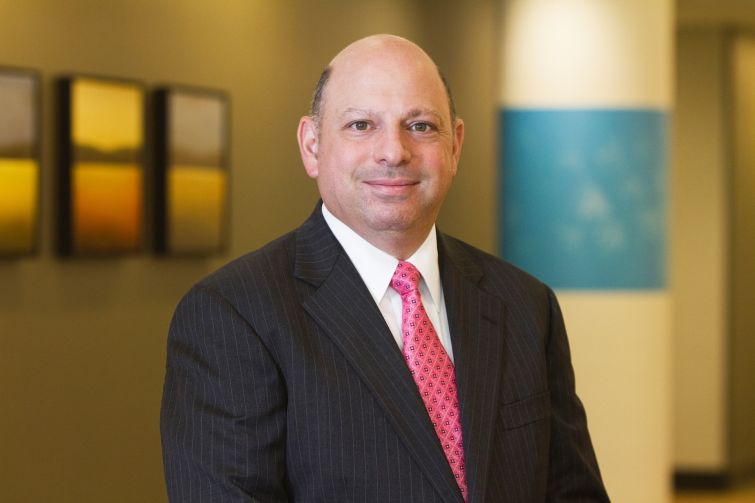 Mr. Brickman told Mortgage Observer about the strength of the multifamily market, investors’ huge appetite for K-Deals and just how far things have come since the dark days of 2009.

Mortgage Observer: How did you end up at Freddie Mac?

David Brickman: I was working at Pricewaterhouse, focusing on the housing and mortgage arena. I had been doing a lot of consulting with Freddie Mac, and someone said, “Why don’t we just cut out the middleman and have you come here?”

What was it like being at Freddie Mac during the financial crisis?

It was like watching a train wreck unfold in front of you. But [the crash] did seem predictable. You just looked at various indicators. I remember putting a graph with housing prices with a graph of technology stocks in 2000—not so dissimilar.

What was it like when the government took over Freddie Mac?

We showed up on Monday, and it was a little surreal. Our regulator, the FHFA, had a number of people in the hallways to greet us and let us know it’s business as usual.

Was it challenging staying focused with all of the controversy around you?

Absolutely. Unfortunately, that challenge hasn’t entirely gone away, with us still being in conservatorship. Generally, [things] are better now than they were in 2009, 2010.

Freddie has returned to profitability. How much of that is due to the multifamily business?

It has not been a huge percentage but still a significant percentage. Since 2010, we’ve earned over $6 billion. Multifamily is extremely healthy.

Why has multifamily been so strong?

The market has certainly benefitted from a number of factors: people delaying marriage and children, leading to young households willing to rent and a new urbanism with greater population in major metropolitan areas. At the same time, while there’s been increased construction in the last couple years, it’s been very modest compared to the greater social trend.

What are some of your recent notable deals?

One of my favorite projects that I was involved with was Starrett City in Brooklyn, which was the single largest property we ever financed. It’s an entire city unto itself. Our financing helped preserve the affordability.

You’ve been a big advocate of K-Deals. How do they work?

Our K-Deal securitization is similar to a CMBS where we create different classes of bonds that have different levels of risk. We can separate those bonds and sell those riskier bonds to investors who understand them and know what they’re buying but are willing to take that risk. We ultimately guarantee the safest bonds, which means we take very little risk, and by extension, the government and taxpayers are taking less risk. It allows us to transfer the risk to the private sector.

Has there been an appetite for K-Deals from investors?

Huge appetite. In the last year, we’ve done 19 deals for $28 billion, our biggest year ever. Over the history of the program, we’ve done over 60 deals and $70 billion. We expect to continue to do around $20 billion a year—slightly less compared to last year. Attracting capital to those deals is relatively easy.

Speaking for my single-family colleagues, the single biggest risk is a downturn in the housing market. Interest rate volatility [is also a concern]. For multifamily, it’s primarily competition. I am increasingly less worried about potential credit losses, because our K-Deals allow us to move that risk. I do have concerns about excess capital in the market, which could dampen returns and lead to lower lending standards. We would never do it, but others doing it doesn’t immunize us from the effects of lax lending standards.

With the amount of investor attention on multifamily, do you think another housing bubble is forming?

I do not see a bubble in multifamily. That said, it is an issue that prices are affected by capital flows and interest rates. But to me, that is not a bubble.

Has Freddie been scaling back its role—and the government’s exposure to investment risks—in the housing market?

We think we are lessening the government’s role in the market by doing more K-Deals. Private investors are taking the overwhelming amount of the risk. The government, in guaranteeing the senior bonds that we issue, is really providing liquidity rather than taking credit risk. We still have a large portfolio of mortgages that we hold on our books that are not in K-Deals, but that number is steadily coming down.

What would be the impact of removing Fannie and Freddie completely from the market?

About two years ago, we hired Moody’s, CBRE and Hartrey Advisors to look at what the market would look like if we and Fannie Mae were not in the multifamily space. The punch line is it would be highly disruptive to the market. I think people take for granted that we and Fannie Mae are still a huge chunk of the market. Replacing some $50 billion in capital would result in a significant repricing of properties and probably a significant reduction in access to capital, particularly for lower-quality properties.