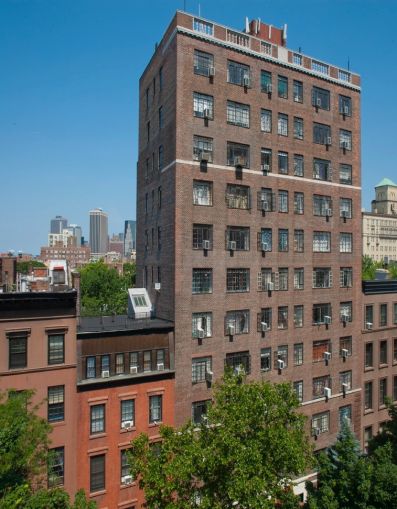 A group of institutional owners has received financing to acquire a historic neighborhood property in Brooklyn.

CIBC has provided a $29.2 million first mortgage to global investment firm DLJ Real Estate Capital Partners for its purchase and future upgrade of the prewar rental building at 25 Monroe Place in Brooklyn Heights.

The balance sheet loan carries a five-year term, a person familiar with the transaction told Mortgage Observer on the condition of anonymity. Of that, $24.5 million is for the acquisition and the remaining $4.7 million is for capital improvements on the 12-story building, that person said.

DLJ, a former affiliate of Swiss banking giant Credit Suisse Group, acquired the property from Queens-based Samson Management for $38.5 million on Feb. 13, the same day the loan from CIBC closed. Richard Baxter of Jones Lang LaSalle’s capital markets office in New York brokered the sale. Samson had acquired the property from a private owner, listed in public records as Daniel King, for $15.6 million in June 2003.

“We very rarely sell properties,” said David Kershner, Samson’s president and chief executive. “It was a very high number and while we’re not in the sales market, occasionally you look at a deal and say, ‘If someone’s willing to pay that, we’ll move on from there.’ There’s also the advantage of being able to swap it with the tax benefits of that.”

Mr. Kershner said he had been contemplating a conversion of the rental property to condominiums, but that DLJ’s offer was so high, “even that analysis favored the sale at such a price.”

The 60,700-square-foot building was designed by American architect A. Rollin Caughey and completed in 1938. The property contains 67 apartment units.

DLJ Real Estate Capital Partners did not return requests for comment in time for publication. CIBC declined to comment.