Fulton Center to Open to the Public on June 26 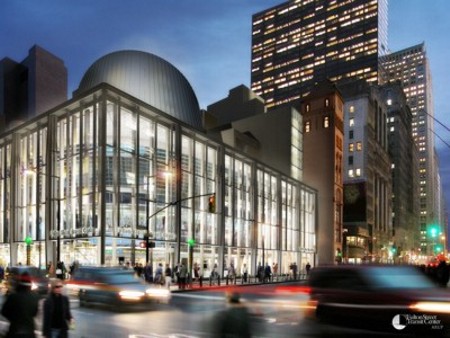 Fulton Center will open to the public on June 26, according to materials released Monday by the Metropolitan Transportation Authority’s Capital Program Oversight Committee.

First introduced in 2004, the project formerly known as the Fulton Street Transit Center has seen its budget grow from $750 million to $1.4 billion over the past decade. According to the documents released yesterday, the project’s cost is “trending below current budget of $1.4 billion.”

Fulton Center, located at the intersection of Fulton Street and Broadway in lower Manhattan, will connect 11 previously separated subway lines and will eventually link with the World Trade Center PATH Station via a pedestrian pathway.

In December, the MTA designated Australian developer Westfield Group as the master lease holder for 180,000 square feet of space at the transit hub, including 63,000 square feet designated for retail use. Westfield owns the retail complex at the nearby World Trade Center site, having acquired the remaining 50 percent stake from the Port Authority of New York and New Jersey last year.