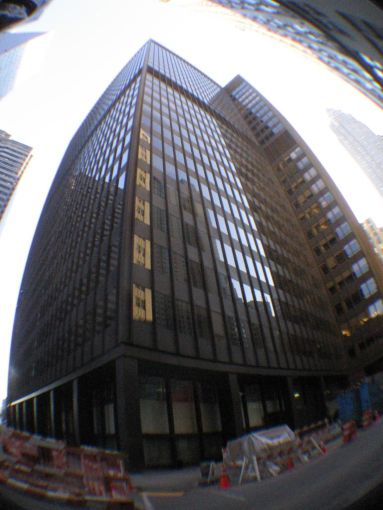 Emmes Realty has agreed to acquire 160 Water Street from Oestreicher Realty for $160 million in an off-market deal, according to The New York Post. The sale values the 480,000-square-foot building at approximately $333 per square foot.

The transaction comes less than a year after the firm purchased neighboring 180 Water Street for $151 million. Both buildings’ mechanical systems are expected to be upgraded and the addition of roof decks is a possibility, according to the Post report.

The tenant roster at 160 Water Street, which was formerly occupied by AIG, includes both New York City Health & Hospitals and Beth Israel. Cushman & Wakefield is currently marketing a 20,000-square-foot retail space at the building formerly occupied by a New York Sports Club gym. The major tenant at the adjacent 180 Water Street property, the New York City Human Resources Administration, is set to move to 4 World Trade Center in 2015.

The buyer could potentially convert all or part of the building into residential units but with tenants flocking downtown Emmes could instead position the building for office tenants, the Post reported. Emmes’ current Manhattan portfolio includes a number of office, retail and mixed-use properties.