A World Without Fannie and Freddie? 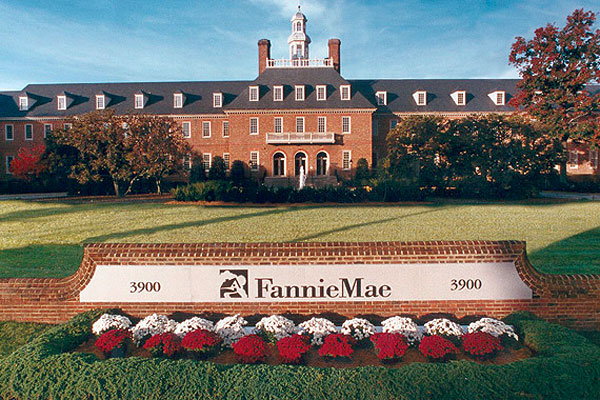 A proposed Senate bill that seeks to wind down Fannie Mae and Freddie Mac over the next five years, revealed last month, would preserve their multifamily lending businesses under a new entity and maintain a government guarantee for the multifamily lending market, commercial lenders and brokers told Mortgage Observer.

The bill, announced by Senators Tim Johnson and Mike Crapo on March 11, focuses on the dissolution of the firms’ single-family residential mortgage business, a market that the government-sponsored entities continue to dominate six years after the beginning of the financial crisis. It also creates a provision that would spin off the companies’ multifamily businesses and establish new independent businesses within a year of the bill’s passage.

The Federal Housing Finance Agency, which currently regulates Fannie and Freddie, would have the option of selling the multifamily divisions to private investors. In case of a sale, those new entities would not have a government guarantee, but the FHFA would be required to maintain the availability of credit for the multifamily sector, according to a report by Walker & Dunlop, one of the largest Fannie and Freddie lenders.

Fannie and Freddie accounted for about 40 percent of all institutional multifamily loan originations in 2013, according to data from the American Bankers Association. Life insurance companies, banks and CMBS account for the bulk of private sector lending. Fannie and Freddie make up a greater portion of the single-family residential market, guaranteeing upward of 80 percent of such mortgages, according to brokers.

In large cities with strong local economies such as New York, San Francisco and Boston, private lenders have been active, lessening the need for Fannie and Freddie capital, brokers said.

Private sources of financing can offer more favorable terms, including lower interest rates, compared to Fannie and Freddie. They can also provide mortgage terms of up to 20 years—longer than typical Fannie and Freddie deals, which range from five to 10 years.

But in secondary and tertiary markets with less desirable properties, there are fewer financing options, and the government-backed Fannie and Freddie can provide much-needed liquidity, said Hugh Frater, the CEO of Berkadia Commercial Mortgage, one of the largest mortgage servicers and a Fannie and Freddie lender.

The presence of a government-backed source of funding in the multifamily market is also critical in the event of another financial crisis, said Willy Walker, the chairman and CEO of Walker & Dunlop. Although private capital is aggressively seeking deals under current market conditions, it could fall away if the market changes.

“In a crisis, as we saw, the life insurance companies, banks and CMBS lenders run away,” said Mr. Walker. In contrast, Fannie and Freddie continued to lend throughout the turmoil in 2008 and captured a larger share of the market. The absence of the GSEs or another government source of funding during a future financial crisis could have devastating effects on the multifamily real estate market by reducing liquidity further, sources said.

However, the Johnson-Crapo bill is still in its draft stages and may not become law. The bill was created by a bipartisan partnership in the Senate Banking Committee and has some support, but legislation is unlikely to move forward before the November midterm elections, said Mr. Walker. There is also no equivalent bill in the House.

Overall, Fannie and Freddie partners have been cheered by the bill’s commitment to continuing government involvement in multifamily financing.

“As it relates to multifamily, this is about as good a draft legislation that you can hope for,” said Mr. Walker.