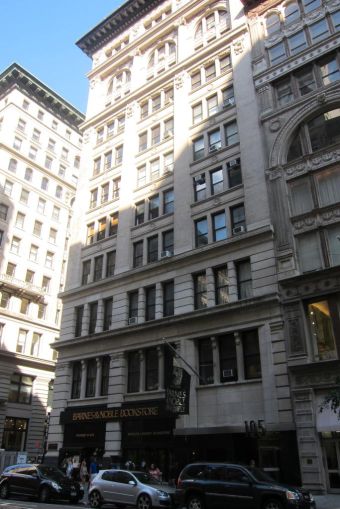 Apparel and accessories brand Banana Republic is establishing a Flatiron District-area flagship shop in a space that served as Barnes & Noble‘s flagship location.

Banana Republic will use the 28,000-square-foot multi-level space, at 105 Fifth Avenue at the corner of 18th Street, to consolidate the separate men’s and women’s stores that are a block south.

The new 15-year lease, which closed two weeks ago, is expected to mark one of the largest deals by square footage along lower Fifth Avenue, if not Manhattan, for the year.

The asking rent was $4 million a year, a spokesperson for The Bromley Companies, which represented the landlord, Barrister Realty Partners in the deal, told Commercial Observer. Banana Republic’s lease is for the lower level as well as the first and second floors and the company will move in this fall after a gut renovation.

“The lease is in a testament to the continued strength of the Lower Fifth Avenue retail market as a core location for large national retailers in New York City,” Nicholas Haines, the chief executive officer of The Bromley Companies, said in a statement. Banana Republic did not have a broker but was advised by RKF in the deal, The Bromley Companies spokesperson said.

Barnes & Noble, which has seen numerous locations shutter in recent years, vacated the space last month, as reported by Gothamist.