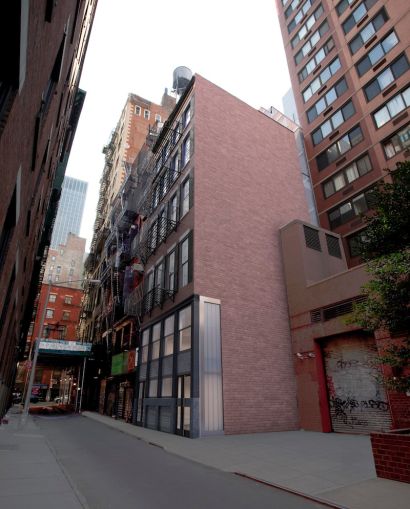 Megalith Capital Management has been granted approval by the New York City Landmarks Preservation Commission for the firm’s condominium development at 6 Cortlandt Alley in Tribeca.

“We are excited about the opportunity to participate in the rapid transformation of the Broadway corridor in eastern Tribeca,” said Vishal Arora of Megalith, in a prepared statement. “Eastern Tribeca has become one of the most desirable areas in lower Manhattan.”

Construction and sales are expected to kick off later this year, with Stribling & Associates handling marketing responsibilities.

“We are enthusiastic to deliver authentic three- and four-bedroom luxury floor-through and penthouse units that include substantial outdoor space,” added Ryan Kaplan of Imperial. “The entrance on Cortlandt Alley will provide homeowners privacy reminiscent of a London mews or a West Village side street.”

The project had previously stalled in front of the LPC. In December, the commission expressed concern over the building‘s design, namely a two-story addition atop the building, Curbed reported.

Late last year, Megalith received approval from Landmarks for its plans to convert an existing warehouse into luxury residential condominiums at 200 Water Street in Dumbo.