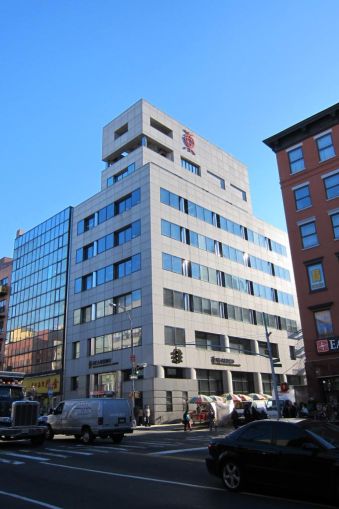 Crane Partners Asset Management has acquired 16,797 square feet of retail and office space at 202 Canal Street in Chinatown for $36 million. The deal comes six months after Keystone Equities and Apollo Global Management made a deal to acquire the entire building from the Bank of East Asia.

“What attracted us to this opportunity was the ability to invest in an irreplaceable retail corner of Manhattan where there is limited inventory for Class A buildings,” said Richard Han, managing partner of Crane Partners, in a prepared statement. “The property has tremendous upside given its location yet significant downside protection with one of the most creditworthy tenants in the world in a long term triple net lease.” The value of the investment was not disclosed in a press release announcing the deal but a source familiar with the transaction confirmed the acquisition is worth $36 million. Mr. Han did not immediately return requests seeking further comment.

Keystone Equities and Apollo Global Management acquired the Chinatown property from the Bank of East Asia for over $40 million in July of last year. Shortly after acquiring the building, the new landlords signed the U.S.-arm of the Industrial and Commercial Bank of China to a 15-year lease for the 17,000-square-foot retail portion of the building. The Chinese bank, which had previously acquired the retail banking operations of the Bank of East Asia, also committed to 13,000 square feet of office space at the property.

“There was tremendous interest in this premier property, but at the end we chose Crane due to its impressive track record and uncanny ability to generate higher returns for its investors through creative structures,” added Jonathan Zamir, principal of Keystone Equities, in a statement. Mr. Zamir further highlighted Crane Partners’ ability to monetize assets in “unconventional ways.”

UPDATE: According to sources familiar with the deal, Crane Partners acquired retail and office space at 202 Canal Street for $36 million.